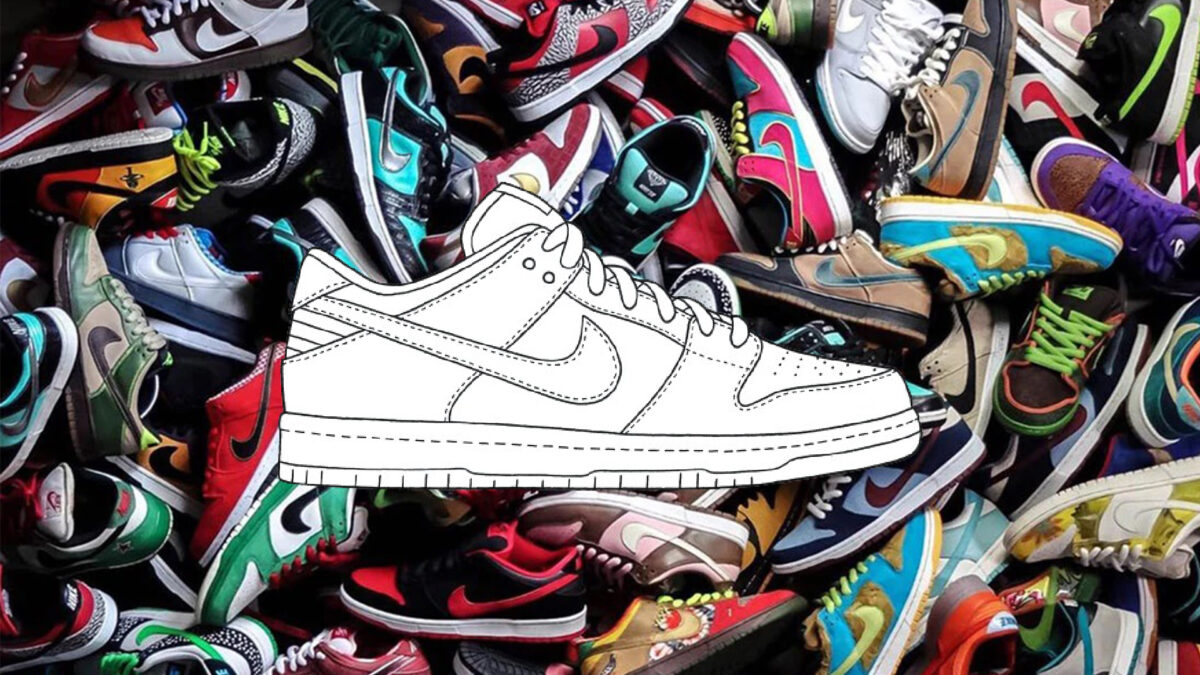 2020 has undoubtedly not been the best of years, from wildfires, to World War 3 memes, to the Coronavirus pandemic. But, for sneakerheads around the world, it’s been about the Nike SB Dunks. These have recently seen a huge jump in popularity, as people are going away from the mainstream “hype” pieces like the Air Jordan 1, and Air maxes.

Whether this is because of influencers like Virgil Abloh, and Travis Scott, or other celebrities rocking pairs of sneakers from previous years, or the fact that Nike has been bringing back some of the past with new twists in the designs, like the “Tie-Dye Raygun” Lows, one thing is for sure: The SBs are back, and they’re not going anywhere anytime soon.

Below are 10 of the Dunks we would like to see get a proper retro by Nike.

Honestly, orange is my favourite colour, and the fact that the toe box of this pair is a shade of orange makes this an instant candidate for me. The Bison Dunks were also the only pair to release during the “Silver Box” era, in which the whole sneaker was fully done up in suede

Released in 2004, the “Lucky” Dunks are older than me, and released alongside an “Unlucky” counterpart, a nod to the superstition regarding the numbers 7 and 13.The upper boasts metallic gold overlays and underlays, and the number 7 is embroidered on in green, to match the outsole.

This Dunk was actually an unauthorized collaboration, coming at a time when cease and desist orders weren’t really that common.  Even though the beer company never approved this design, it does feature signature Heineken colours, and the red star, which means that if Nike did bring these back, they would have to either make major changes, or actually do a collaboration with Heineken.

Trip-hop artist Unkle of Mo Wax records has done many collaborations with Nike, but one of the most beloved is this 2004 release, featuring artwork by the legendary artist Futura, and a retro would be welcomed by everyone, from sneakerheads, to vinyl heads.

Even though they were pretty popular before Travis found them, the hype surrounding the Stüssy, ice cream-themed Nike SB Dunk Low from 2005’s “Team Manager” series has risen so much over the last year, mostly due to how frequently Travis Scott has been seen wearing them outside. One could even go as far as to say that the highly coveted Travis Scott Jordan 1 High was designed keeping this Dunk in mind. People would go crazy if Nike retroed these, especially considering how hard it is to find a pair for a good price these days.

Huf, the skate brand, had been putting tie-dye on its sneakers way before teenagers found dipping their tees cool, and even before some of us were born. This colourway, which released in 2004, would honestly still look as good today as it did back in 2004.

This is the OG collaboration, and pretty much started it all. Do we need to say anything else?

This 2007 design is honestly just one of those classic colourways in SB history. Nike did release a similar pair in 2016, to pay homage to the Black Box series, but it just couldn’t compete with a true retro. Kylie Jenner recently laced up a pair of the Dooms on her Instagram, infuriating a lot of sneaker purists.

Whether you’re a Star Wars fan, or not, the colour combination on this pair is universally admirable. Also, the neon green laces would perfectly work with today’s trends.

This pair is the original 420 “Skunk Dunk”. Nike, in April of 2004, released a pack of Dunks, featuring actual hemp, woven into the uppers. The other two colorways, “Cascade Blue”, and “Red Mahogany”, were both coveted, this one, the “Bonzai” colourway, was the most coveted. It released on 4/20 and was limited to just 420 pairs. The celebration of 4/20 with a sneaker release has become a recurring them for Nike SB, and this series actually started it all.

For More updates and information

And to know all about the indian label killing the global aesthetics game: Click here

Adidas YEEZY 500 High “Tyrian” Dropping In India on 16th May

This multi-coloured Air Jordan 1 High is releasing this September