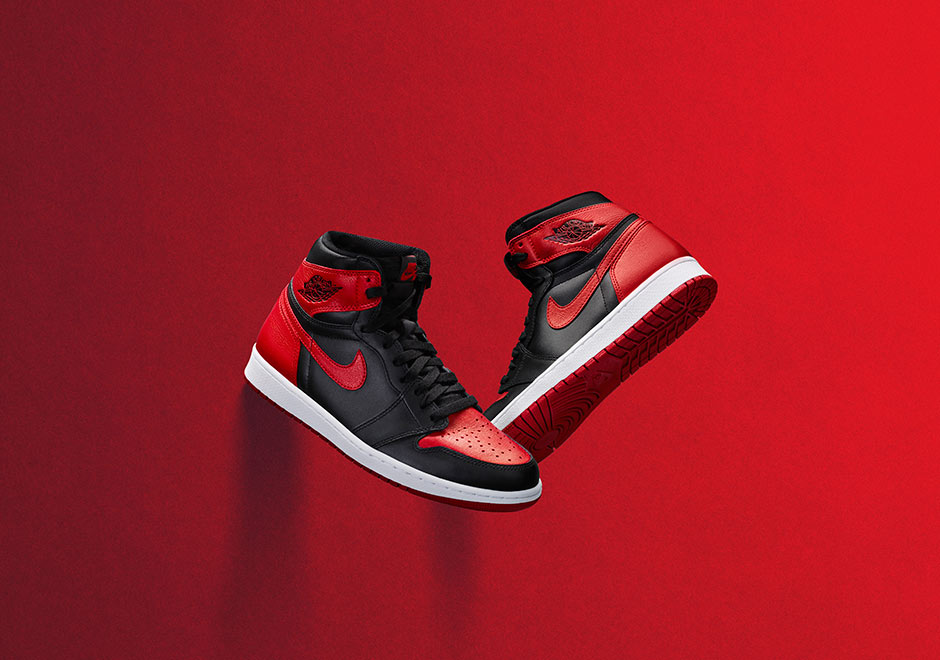 8 Silhouettes That Prove Statement Sneakers Are the New Status Symbols

Fashion has always been a status symbol and a part of a person’s identity. People invest several thousand dollars to purchase handbags from high-end fashion brands like Chanel, Jimmy Choo, and Alexander Wang but, this trend is losing its relevance as sneakers have overtaken handbags as the go-to a status symbol. Sneakers have also replaced handbags as one of the most recognizable items a brand can release — we all know Balenciaga’s Speed Trainers and Gucci’s Ace sneakers, but only the hardcore fans can list the brand’s other accessories. Let’s take a look at the silhouettes that prove that sneakers are the new status symbols.

Surely, the Nike Air Jordan 1’s need no introduction. This iconic silhouette was launched in the 1980s and has been a symbol of status since then. It was the first shoe in the Air Jordan series and holds a place in the heart of every sneakerhead. The fact that the sneaker was surrounded by controversies regarding its original color scheme made it more famous. Fashion labels such as Off-White, Melody Ehsani, and Dior have collaborated with Nike to add their personal touches to this iconic silhouette. These sneakers also featured in the movie, Spiderman Homecoming which boosted its popularity.

These sneakers were introduced in the Yeezy collection of 2017 when the “dad shoes” trend was on its peak. The Wave runners featured a chunky sole and the upper drew inspiration from runners from the early 2000s. The debut colorway was grey with black, teal, and orange accents. It was released without any warning on Kanye’s YEEZY SUPPLY site, making it extremely rare.

The Yeezy Boost 350 is one of the most iconic sneaker silhouettes. The 350 v2 “Zebra” is extremely popular among sneakerheads because of its unique design combined with a relatively simple monochromatic color scheme. Due to its insane popularity, they were restocked two years after its release. This was one of the only sneakers from the Yeezy series that have been mass-produced.

The Reebok Instapump is a unique silhouette as the design consists of PUMP technology featured inflatable chambers fitted within the shoe which enabled the wearer to create a custom fit by either inflating or deflating the areas of the shoe around the ankle and full foot giving stability and support. Reebok worked with the French fashion brand Vetements. The design consists of graffiti-inspired designs.

Designed with a thick sole and bulky construction, the sneaker has a retro influence in leather with a vintage Gucci logo inspired by prints from the 1980s. It consists of Ivory leather with Gucci vintage logo. It featured the Gucci logo tag and a 10mm Rubber-sole. For the most comfortable fit, the selection of half a size down is suggested.

Inspired by the youth culture, the Milan based fashion label Off-White creates statement pieces with a distinctive aesthetic. Linking streetwear and high fashion, expect punchy prints, graphic lines, and laidback designs. Crafted from soft leather, these yellow leather Off-Court high-top sneakers from Off-White sit on a ridged rubber-sole and present an oversized tongue, a lace-up front fastening, a logo to the sides, signature tag appliqués and a round toe. Detailed with the brands signature red-tone seal, this sleek pair will surely add a playful edge to your casual looks.

Vetements collaborated with Reebok in these high-top sock trainers. They come in black, made from a knit construction with white stripes at ankle height alongside the collective’s logo. The sportswear brand signature is embossed at the rubber-sole.

Nike HyperAdapt 1.0 “Habanero”  Tinker Hatfield continues his streak with forward-thinking innovation with a new colorway of the Nike HyperAdapt 1.0. The sneaker is influenced by the self-lacing Nike Mag from Back to the Future 2. It comes in black with a Habanero red hits and matching Swoosh. The release date is January 12, 2018, at a retail price of $720.