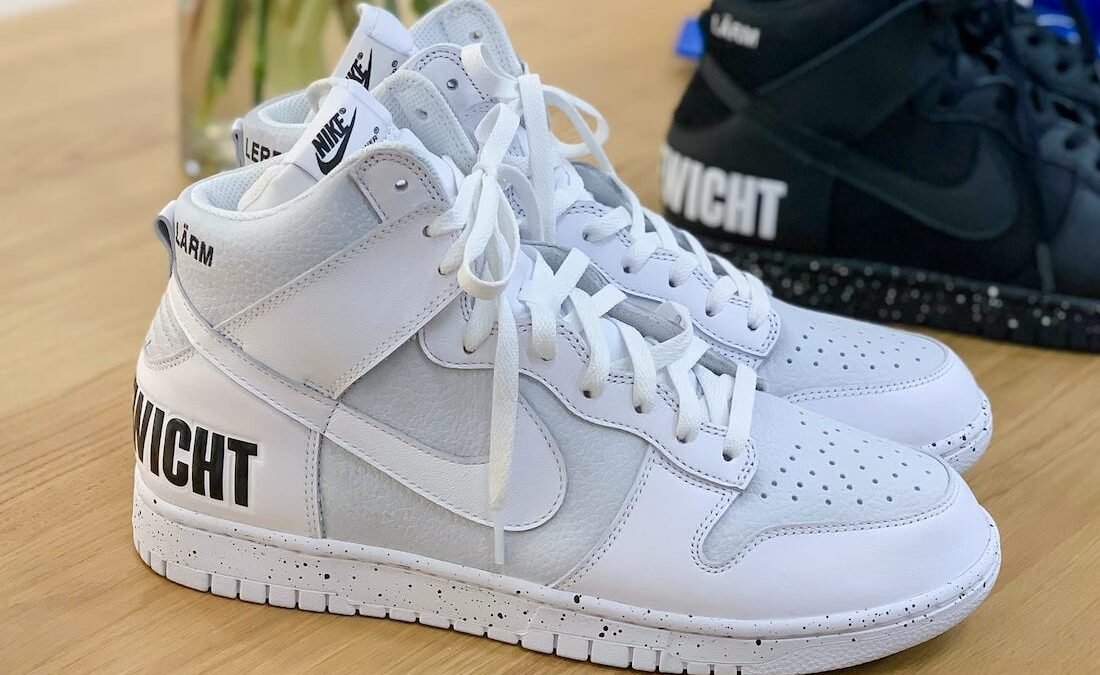 One pair comes dressed in classic white while the alternative opts for a Black tone. Both the pairs rock a speckled midsole and are accented with a variety of text. The left foot reads out “CHAOS” while the right foot reads “GLEICHGEWICHT,” which translates to “BALANCE” in German. Other text additions include “NEUES” and “NEUER” on the collar area that translate to “NEW” and “NEW” respectively.

Grab a glimpse of both the options here while you await a release in the near future.

Cristiano Ronaldo Air Force 1 CR7 to hit "By You" Platform