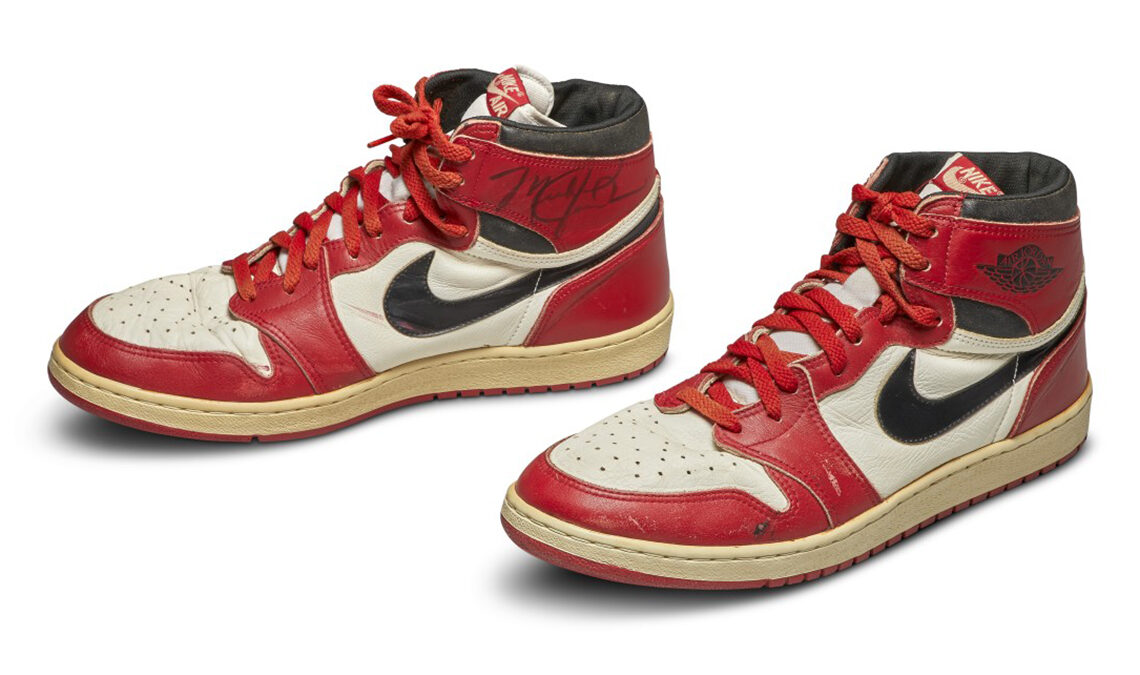 When Sotheby’s, a well known American jewelry, art, and collectibles broker, stepped foot into the sneaker culture a while ago, it was a shocking, but also exciting headline. Their stock of notable footwear sells at very high, record breaking numbers, and is very hard to compare to even the biggest resellers. Now, with the launch of a documentary on Michael Jordan titled “The Last Dance”, the auction house has now sold something which gets Jordan Brand collectors very happy.

So rare that some don’t even believe it to be real, the folks over at Sotheby’s have got their hands on a game worn, player custom sample Air Jordan 1 “Chicago”, which has been signed by the man Michael Jordan, himself. Even after all these years, the yellowing is very minimal, and the leather shows very few creases.The auction closed on the 17th of May, with Sotheby’s executives estimating the pair to sell for around $100k – $150k, but ended up almost six times over the estimate for a final price of $560,000 USD.

This new Sotheby’s auction price also sets a new world record for the highest price sold for any sneaker — surpassing the previously-documented record of $437,500 USD for Nike’s Waffle Moon Shoe.

23 Things You Most Probably Don't Know About Air Jordans