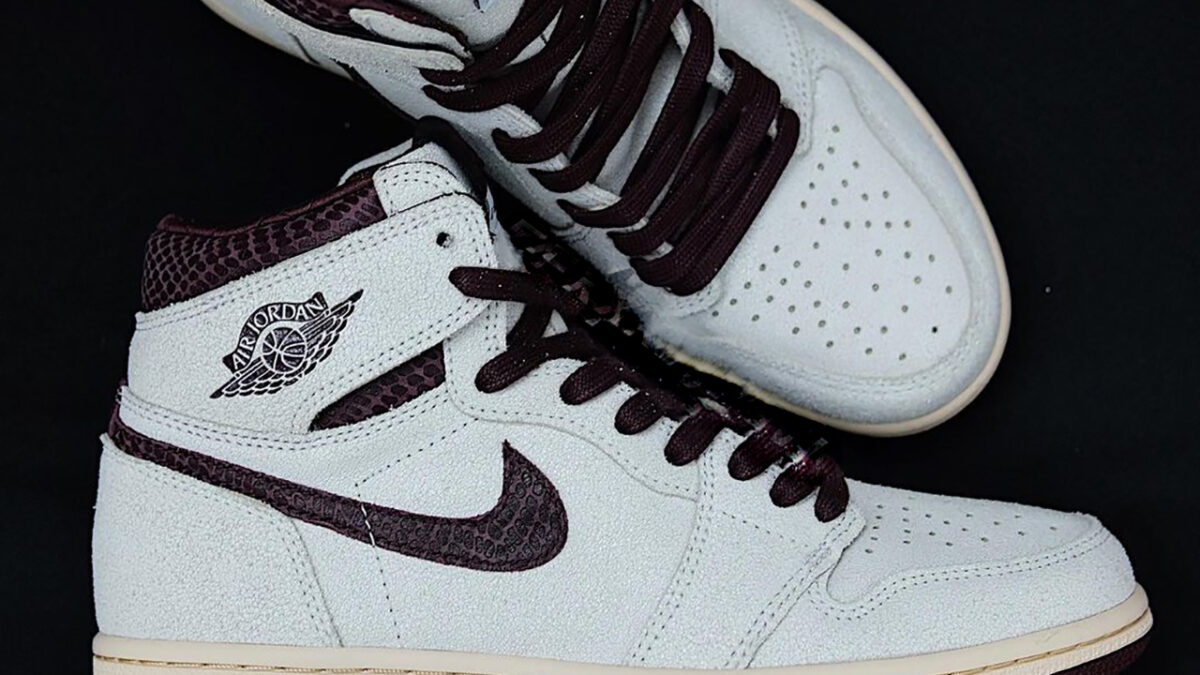 This year, the sneaker market has witnessed a boom in striking collaborations hitting the shelves, and one of the offerings that continue to come up in conversation as one of the top releases of the year is the A Ma Maniére x Air Jordan 3 “Raised by Women”. And given that this team-up was so well-received amongst sneaker connoisseurs, the luxury boutique is building upon its moment in limelight with Jordan Brand and getting ready to unleash its next collaborative piece — a snakeskin-adorned Air Jordan 1 Retro High OG.

The design details on this impending take are clean from top to bottom. Instead of using the silhouette’s traditional leather upper, James Whitner and his team have opted for suede to craft most of its base layer and have dyed it in a sail-like hue. A rich maroon tone is featured for contrast and can be seen on the snakeskin Swooshes and collars as well as the laces, ball-and-wings logos, and Nike Air branding on the tongues. Much like how the aforementioned Air Jordan 3 collaboration hid a message inside its heel counter, this pair also bears a concealed note on the interior of the ankle flaps that bears MJ’s signature alongside the inspirational phrase “You have to expect things of yourself before you can do them.” Pulling the whole look together is a vintage-y midsole and a full burgundy outsole.