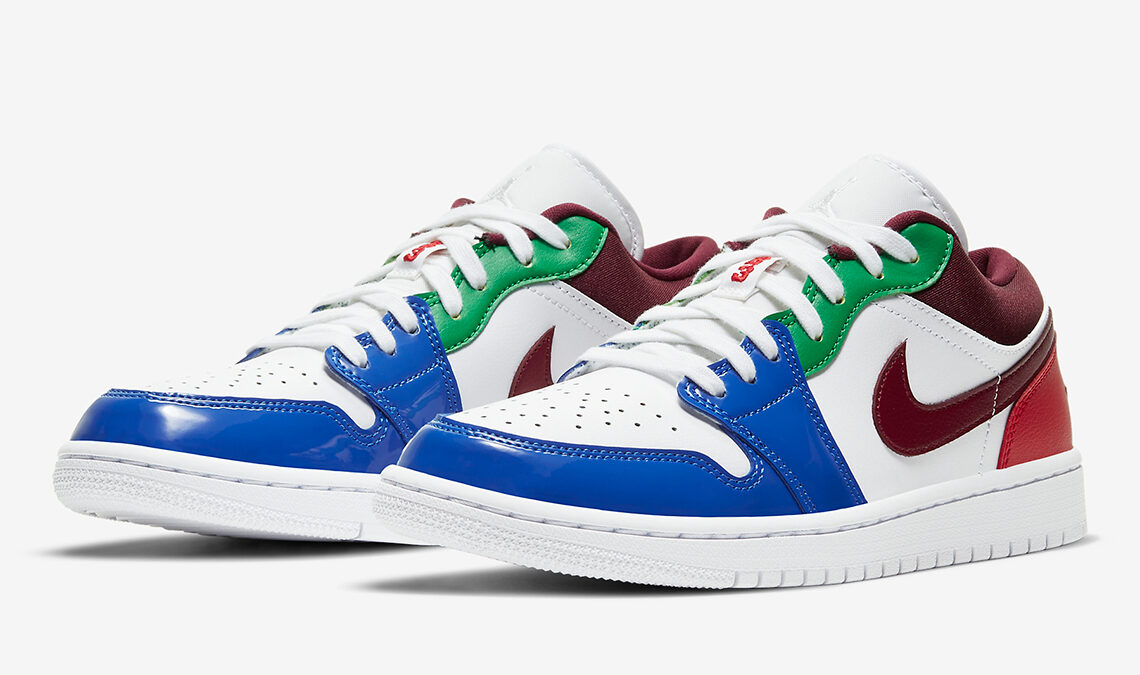 The Air Jordan 1 Low, similar to its high and mid top variants, has showcased quite a bit of iterations this year alone. And after a few prosaic hue touch-ups and even a short, astronomical journey with Dior, the sneaker is set to release in multicolor once again. Rather than a shuffle of already released colorways, the hue accentuates a range of lesser seen mixed up tones, their build up composed of both patent and the OG leather. The underlying base as well as the eye stay, heel counter, and swoosh — panels that dress in white, green, bright red, and burgundy respectively — sum off with the latter material, forming a look that is for the most part somewhat known. The forefoot and the collar, by differences, stand out a bit more; toe caps are branded in a glossy Royal shade while the ankle rocks mesh in alteration.

The shoe is set to arrive at select Nike retailers and website within few months.

New Balance creates an all new colorway for the 992 silhouette