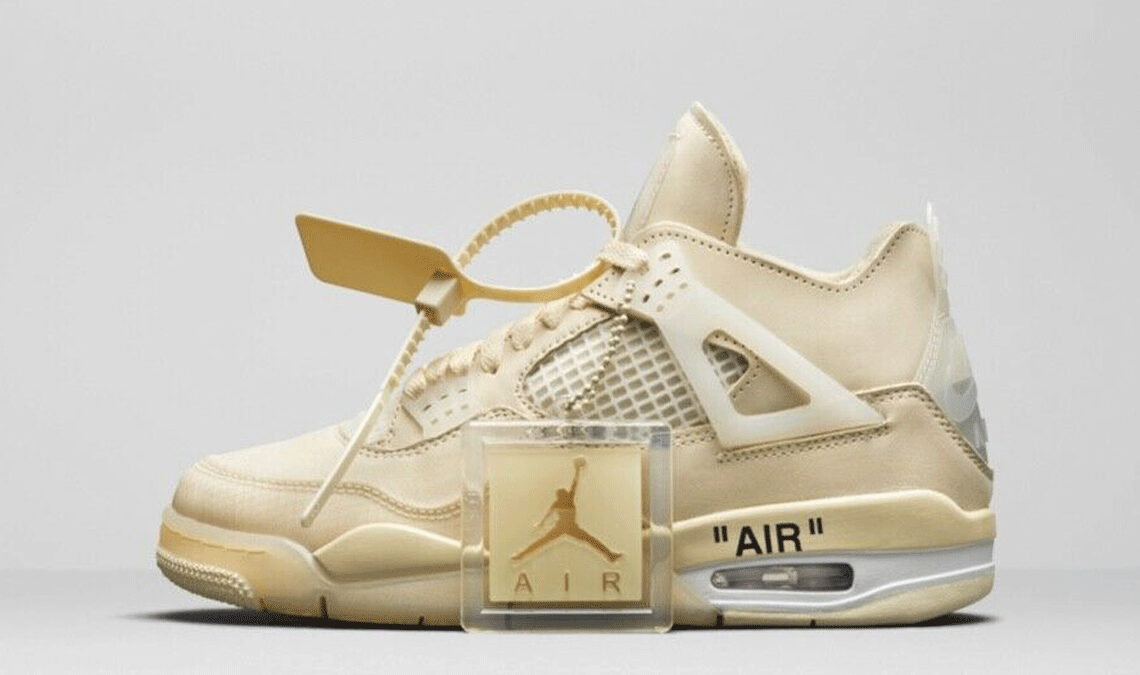 Virgil Abloh has been in a controversy and received some backlash due to the small donations as well as the distracting remarks about retailers and looters. To clarify his viewpoint he did try a handful of things and now to sum it up he has stood forward to auction a signed pair of the OFF WHITE X Air Jordan 4 “SAIL”.

Virgil Abloh has teamed up with music collective Deviation and its Black Lives Matter fundraiser for the auction and all the proceedings go  to The Black Curriculum, an organization that addresses the lack of Black British history in the UK curriculum, as well as Inquest, which provides support to families experiencing a “state-related death.”

Earlier Deviation did the Inside/Out Fundraiser for the BLM movement and has already raised thousands adding to it Virgil’s contribution is surely add some serious bucks to it.

The Off-White x Air Jordan 4 “Sail” auction is currently live on eBay, and will run until 6 p.m. BST on Thursday, June 25. The winner will be able to chose their size as well as what and where Abloh signs.