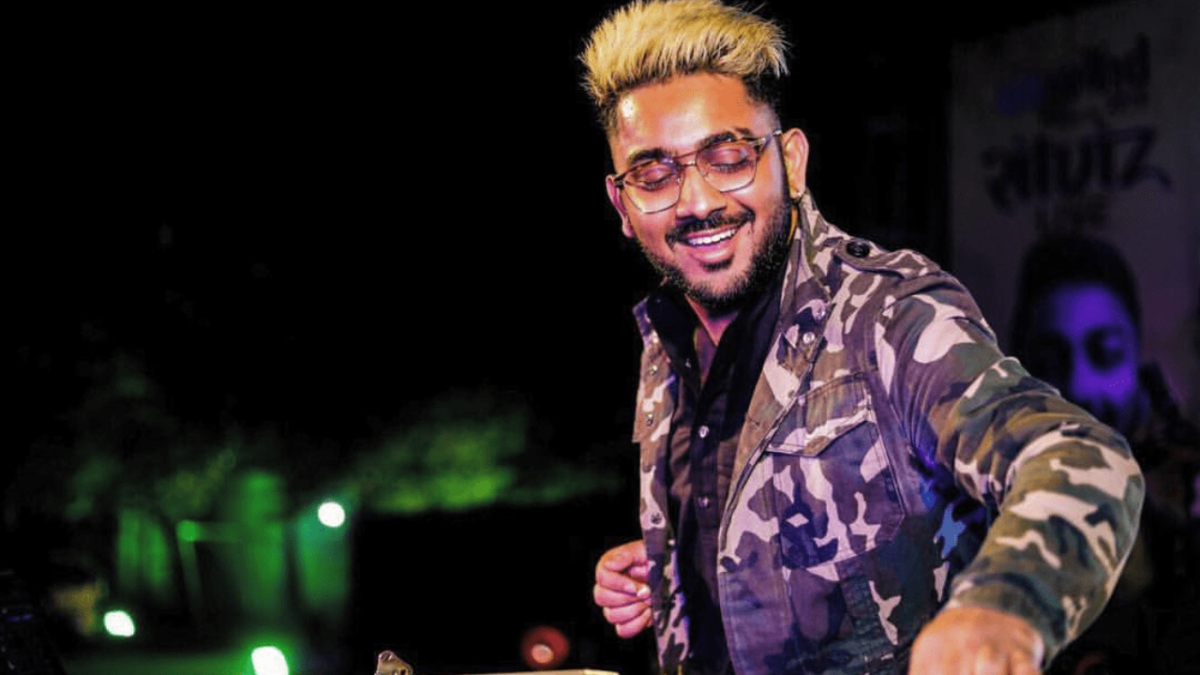 Today, everyone around keeps talking about hype culture. It has been almost 5 years since the first Yeezy dropped in India, and the amount of hype created is immense. However, Bollywood and music industry has highly influenced the sneaker and streetwear culture in India. Today underground music and artists have their own identity. With growing art and artists grows culture in the influence of western style.

Many artists are turning into a sneakerhead and a streetwear enthusiast. Punjabi music being the major reason for western culture introduction to the Desi audience. Artists like Diljit Dosanjh, Badshah play a vital role in spreading the trend.

When we talk about artists and the sneaker/streetwear culture, one name comes into all our minds, and thats RITVIZ. The ‘Udd Gaye‘ singer Ritviz Srivastava is a songwriter, electronic musician, DJ and a producer as well. Born and raised in Pune, his mother is an Indian classical singer and father a tabla player. This is how he got into music and became the name everyone wants to shout out loud. Other than music he seems to be in love with sneakers as well. We can see him flexing his Off-White 5s and Travis 4s.

Although RITVIZ is growing in the music industry at the same time he is getting deep down into the streetwear and sneaker culture. His style is unlike any other artist in the industry. His attire portrays that he loves being traditional with the ‘kurtas’ and with an amazing blend of western style. He matches his kurtas with a jacket and some joggers or jeans and an amazing pair of sneakers. His closet is filled up with some hyped up fire pairs. This article is going to help you go through his beautiful sneaker collection.

The Nike Air Max 90 Desert Ore is the second colorway of the Off-White Air Max 90 released with ‘The Ten’ by Virgil Abloh. This colorway pops up different than any other pair because of the bright color swoosh. Virgil is known for his deconstructed style and this particular silhouette is an outstanding product by Nike and Off-White. You can see RITVIZ matching up the sneakers with black joggers, a Reebok jacket and his signature style ‘Kurta’.

Adidas collaboration with A Bathing Ape aka BAPE is an amazing pair with BAPE’s camouflage design and a primeknit upper. The tongue features a BAPE logo covered in American stars and stripes like the Flag. You can see RITVIZ rocking them on stage with a denim, kurta and an Adidas jacket.

Launched on Nov 25 2017 this particular silhouette is a grail for many sneakerheads. This gray/ bold orange colorway is nicknamed as Beluga and is much like its predecessor, and hence it’s called “Beluga 2.0”.  Here you can see him rocking the pair on stage with tattered denim, black kurta and a varsity jacket.

The Yeezys are an iconic silhouette so far by Adidas and with the Boost Technology it makes the pair even more comfortable. The colorway of this sneaker is Cream/ White but these are also known as Triple white. The ‘Sage’ singer rocks this pair wearing a tattered denim, a white kurta and a black Jacket.

Developed by Kanye West, The Wave runners are inspired by running sneakers with a ‘chunky’ sole. The sneaker is made of complex materials on the upper, a padded tongue, Boost cushioning and rubber outsole. He rocks them before thousands on the stage with a black denim jacket, a white kurta and black denim jeans.

Like any other Yeezy 350, these have the primeknit upper, boost technology and frozen yellow colorway. SPLY – 350 written with red on the side gives it a even better look. You can see the artist with a black denim, black kurta and a PlayStation 2 denim trucker jacket from Fairplay.

The Jordan has perhaps been a game changer in the sneaker industry, with every pair having its own unique identification. This particular silhouette is designed in collaboration with artist ‘Blue the Great’, and drives inspiration from artist’s love for primary colours and suede. It has the BTG artist signature on the heel, which makes it a bit more ‘poppy’. RITVIZ rocks it up on stage before the crowd in Pune with a Hoodie, white kurta and a denim.

A beautiful pair with yellow toe, white midsole and a yellow outsole released in June 2019 with a retail price of $120. It features the iconic jumpman logo on the tongue and insole. The singer rocks it up with an ‘All Black’ look with an Adidas Jacket, black kurta and a black denim.

The Viotech inspired Air Max 90 is made with suede and a mesh upper with beautiful colour blocking released on 25th July 2019 with a retail of 140$. An air max midsole sits between the mesh upper and colourful rubber outsole. We can see him rocking it up with a black Adidas jacket, and a subtle denim.

Crimson Tint was one of the newer colorways to be launched with the iconic Jordan 1 line up. It features two toned all tumbled leather material, with an extra green lace which can be seen in the photo posted on his profile. We can see him flexing his Jordan like any other sneakerhead.

Surely RITVIZ seems to be a sneaker freak  with all the heat in his closet. However, a sneakerhead never settles with the amount of sneakers he/she has, they always find more. So we might even see another round of sick pairs from his closet? Who knows? But until then stay tuned.