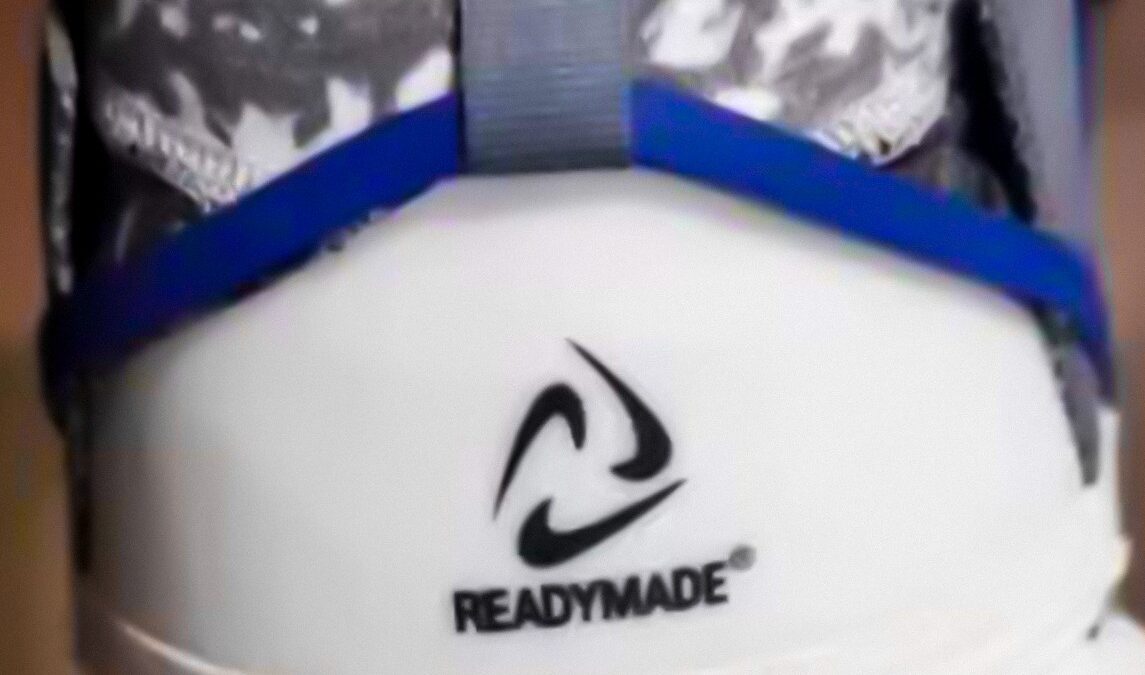 After the early rumors, we now have the very first teaser look at READYMADE‘s rumored Nike collaboration which hasn’t been confirmed by either of the brands.

Earlier this week, a pic of what looks to be the back of a sneaker marked with co-branded surfaced. Most probably a Nike Blazer Mid model, the rear end of the sneaker is marked with a triple Swoosh logo underscored by READYMADE’s logo. Even though we have only received one angle of the shoe, we can see the colorway centers around white/blue/grey and accents exposed stitching, patches, and a distinct tight marble pattern.

The Air Jordan 1 to release in the “Incredible Hulk” colorway