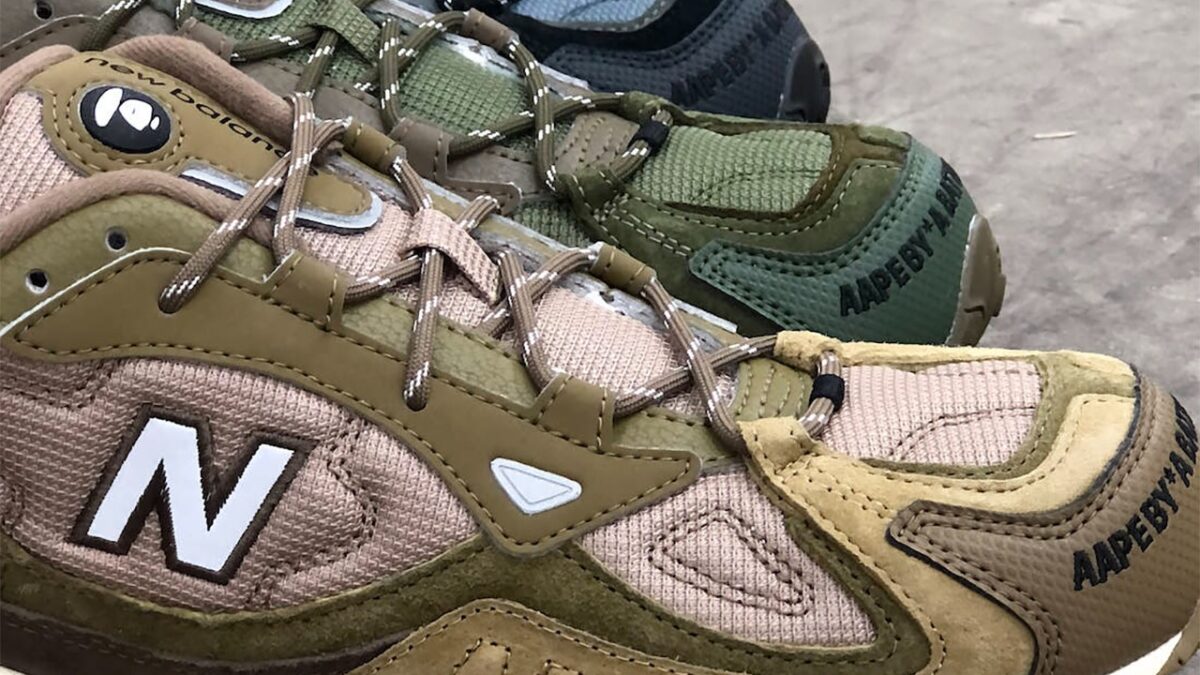 The first time when BAPE and New Balance joined forces, was for a collaborative 2002R collection earlier in the Summer, and with a collective positive response from sneakerheads all-round the globe, both the brands will now be coming with even more offerings in the near future. But this time, the collaboration will be dropped via AAPE — a secondary line of BAPE — and will feature a trifecta of New Balance 703 colorways.

All of the trail-meets-street iterations focus on neutral-toned themes and arrive in an amalgamation of mesh, leather, and suede materials. The black, olive green and beige hues play a part in this release, in the form of Japanese imprint, and dresses up with “AAPE BY A BATHING APE” notations embroidered onto the front of the shoes, BAPE’s signature head logos fill in the tiny bubbles on the tongues and co-branded hits and camouflage backdrops adorn the insoles. Additional AAPE branding is ornamented out on the heel tabs. Following it, each proposition bears bursts of orange accents that pop up on the midfoot’s Japanese characters and throughout the outsoles. Similar to the previous 2002R collection, even drop is anticipated to include matching apparel items, but it’s still in the talks for now.