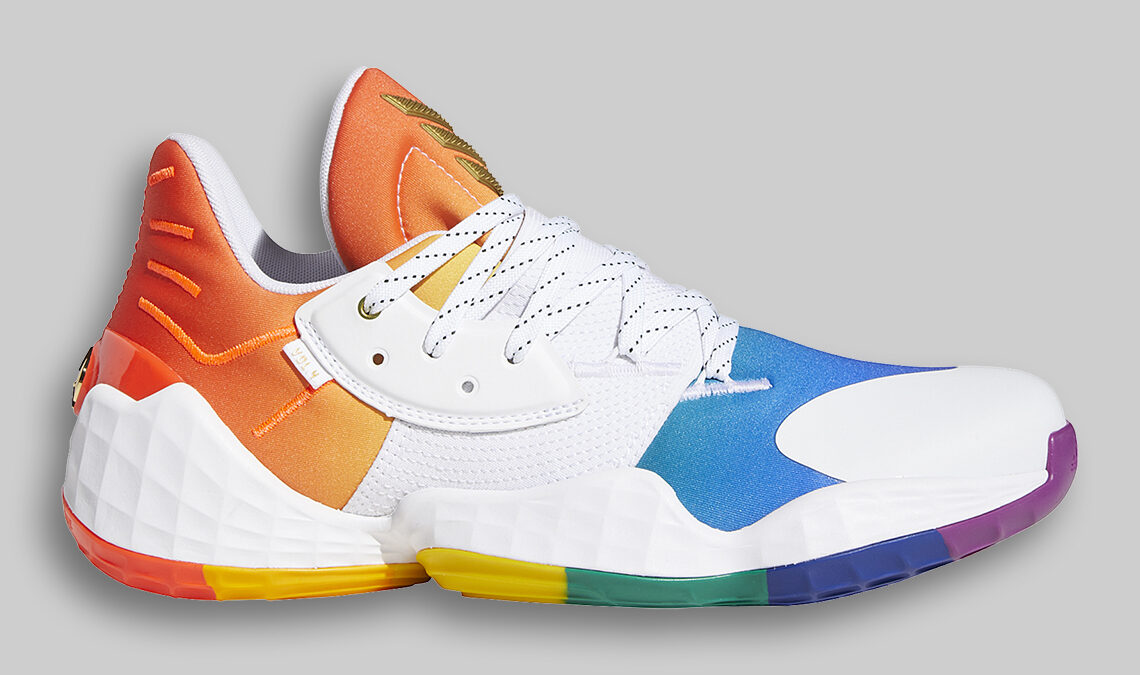 June month is often celebrated by brands to commemorate the rights of LGBTQ community by honoring them with specially made footwear pieces from collection. In honour of Pride month , adidas has took part in their support by launching “Pride Pack” which consisted of the NMD, Ultra Boost, Superstar, and Stan Smiths.

And now the company is introducing the Beard’s signature sneaker Harden Vol. 4 in multicolored iteration.

The shoe has basic white upper construction with cooler accents of blue around the toebox, and warm colours sitting at the forefoot. The most stand-out feature of the shoe is the rainbow panelled treads on the outsole. The footbed of the shoe reads “Love Wins” to further speak for the community.

The shoe is going to release on June 1st at adidas.com for retail price of $130.