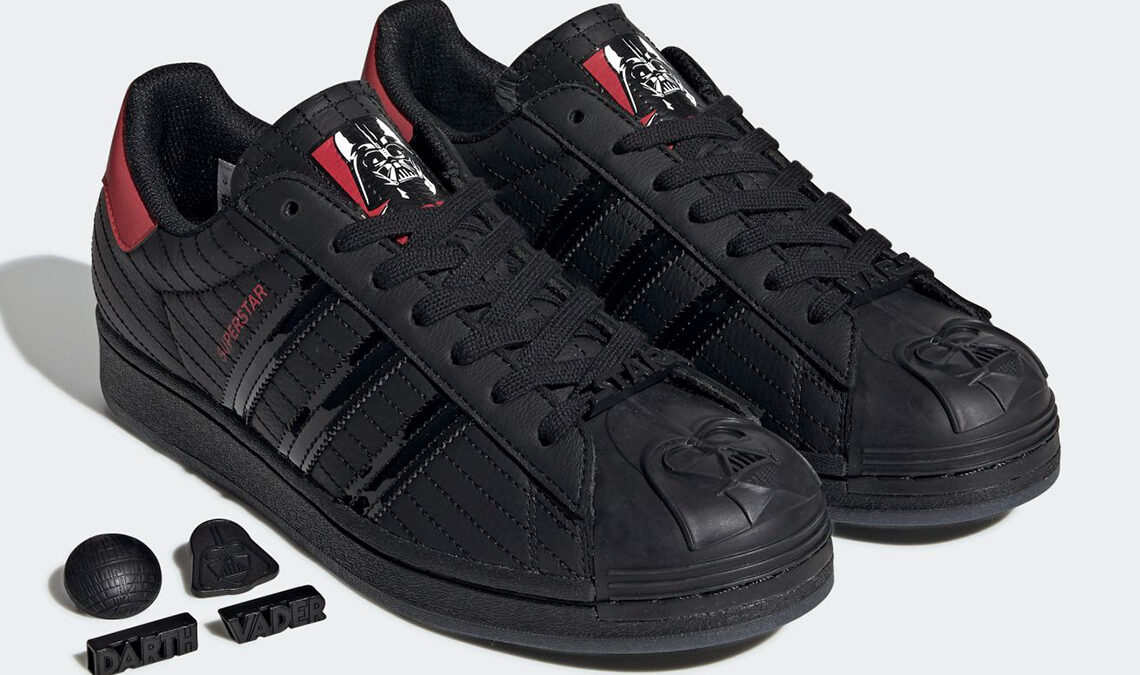 Adidas has several collaborations with Stars Wars dating back to 2014, and even though the set has reached yet another height more recently, the Three Stripes are opting to commemorate the film’s original series with newer releases.The infamous Bounty hunter Boba Fett was paid homage to on the Top Ten Hi silhouette recently, and now with their newest , the brand has decided to follow a darker hue as they cover the Superstar in a Dark Vader hued theme. At first, the colorway looks to be a subtle transformation to the character. Dark uppers and similar toolings are coated in a full black highlighting while the adidas branded accents, tongue patch, and heel are made up in a bright red like that of Vader’s lightsaber. Looking in detail , one will notice a series of stitches that run against the entirety of the leather paneling, a highlight that pays tribute to the garment the character wears underneath his metal pieces. What’s more, a portrait of Vader is showcased front and center.

Unveiling the Air Force 1 Low “Orange” Skeleton for this Halloween.

Christmas Continues With the Nike LeBron 18 “X-Mas in LA”