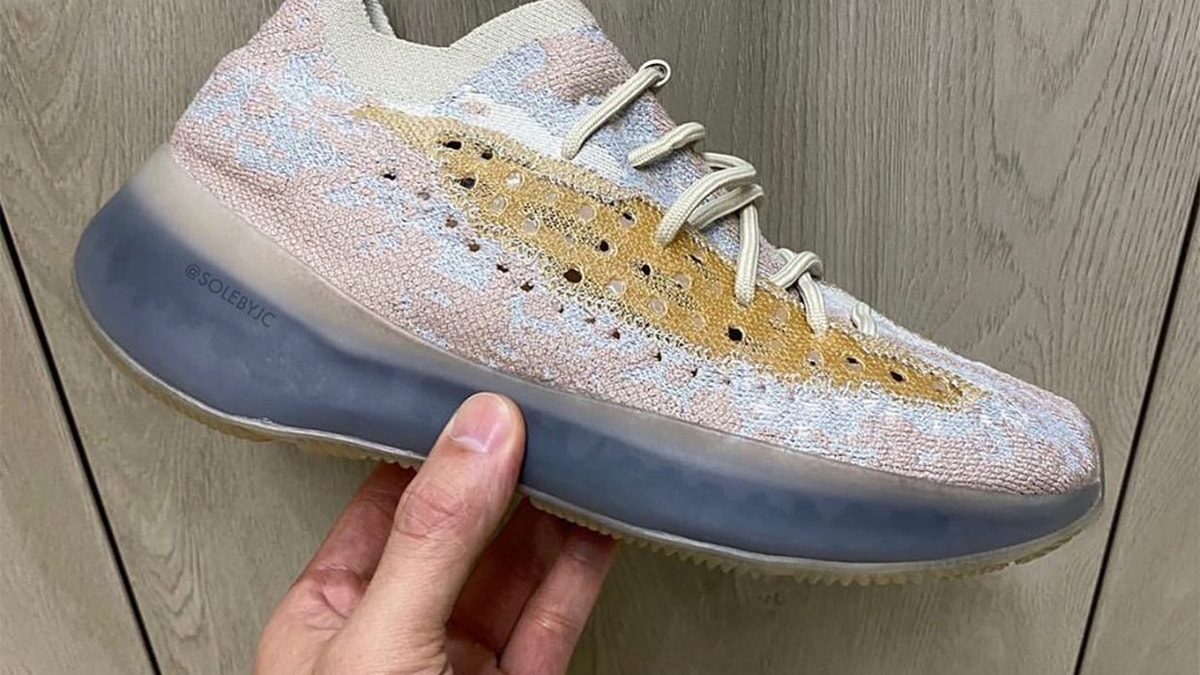 After dropping the Yeezy 380 “Mist” , Kanye and co decided to drop another 380 with not much differences with the predecessor.

The new colorway has beige and blue colored base with camo style prints in baby blue , light grey and certain tan sections. The collar of the shoe cool grey color and the most catchy part of shoe is the translucent blue colored misdsole.

The rich tan profile on the upper adds to the earthy look of the shoe with major portion of upper covered in beige.

The full reflective upper of this version is also scheduled to drop in September.

This summer inspired colorway of the Adidas Yeezy 380’s is something which will be a bit easier to cop given the unlimited drops of the Yeezy’s which are going on.

Copping these for a retail price might be easy provided you keep an eye on the drop details.

The shoe is going to drop on adidas.com in the month of September.