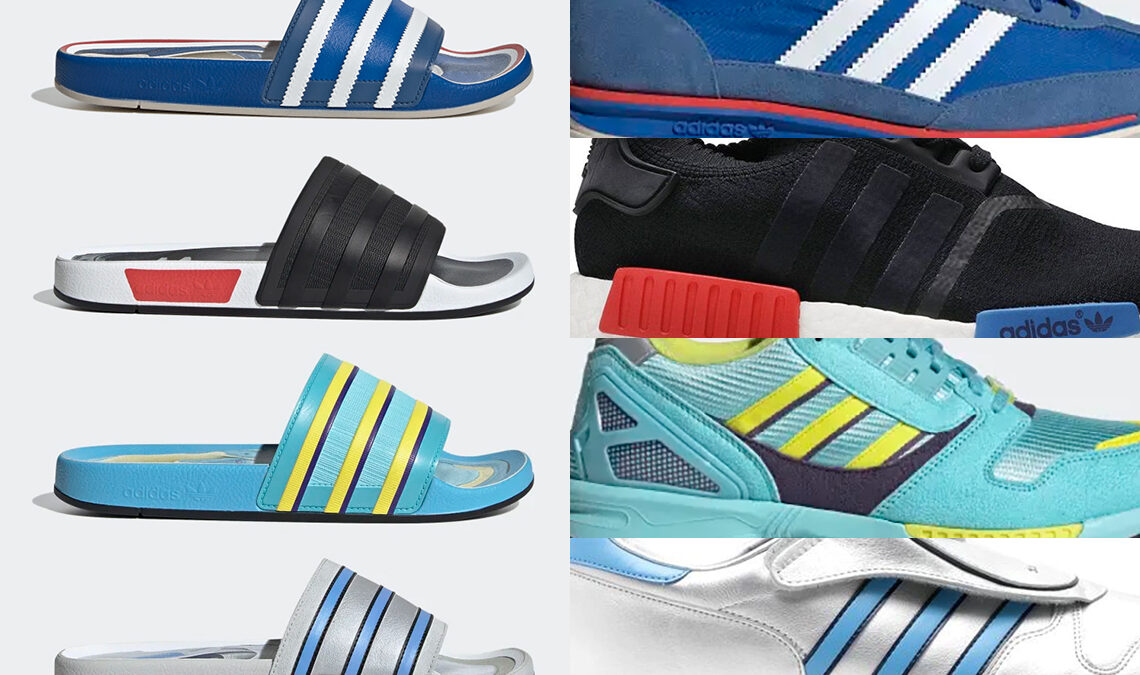 Till the time a vaccine is produced hopefully in 2021, quarantining  will be considered the new norm for a high percentage of the world population. And given the fact that many people are for the most of the time staying inside with their comfy fits on, sportswear brands are starting to profit on this by producing multiple footwear options that play into the “bummy” look.

For example, Reebok accompanied their Beatniks, Nike released the ACG Deschutz, and now Adidas is aiming to chime in on the conversation with the showcasing of more Adilette slides.

Departing from the prosaic dual-hued colorways that it seems like many social media influencers own these days, this upcoming lot is idiosyncratic because they are inspired by that of adidas classics. Four original colorways of models such as the ZX 8000, NMD R1, Micropacer, and SL 72 are placed onto each piece, and further expressed by a literal aerial design of each respective iteration placed on the footbeds. They will be dropped on adidas.com for a retail price of $60 on August 23rd.

Nike launches the Air Max 90 in a “Triple Black” colorway