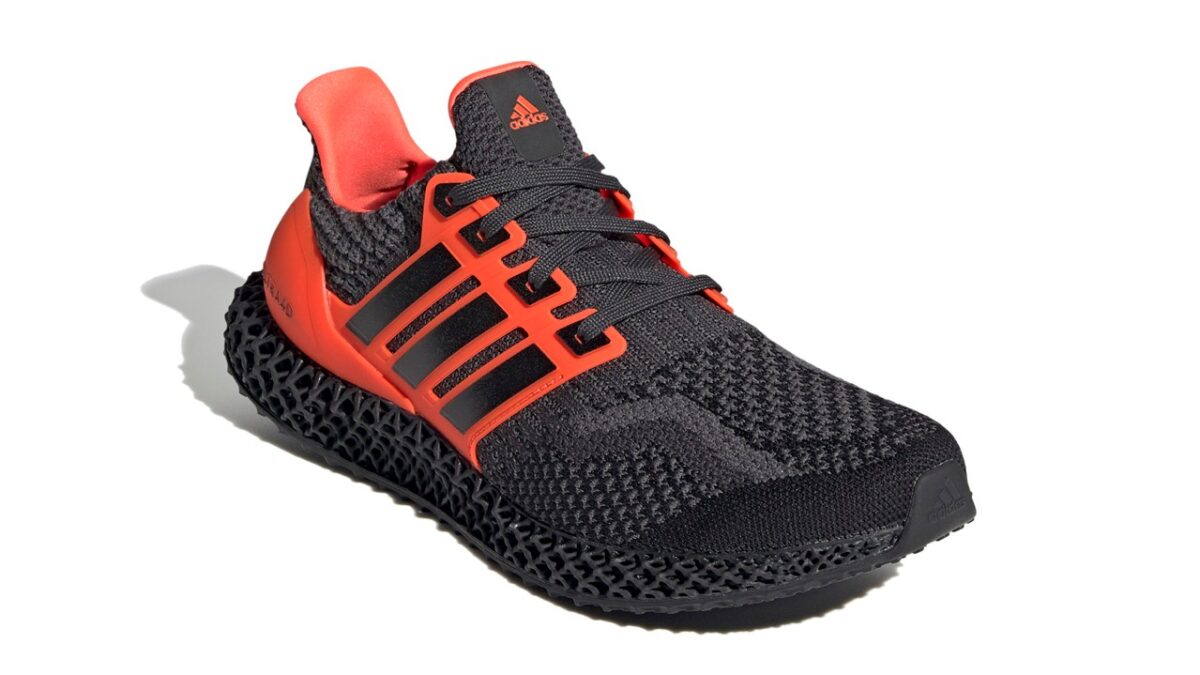 Adidas has refashioned the Ultra4D in plenty of colorways, moving away from the triple black look to match the likes of Pecker and Social Status. Now for the latest iteration adidas has decided to go for bolder colorways.

The former is the “Core Black/Solar Red”, combining the legendary UltraBOOST upper along the cage on a printed sole made up of light, oxygen and resin. The uppers are actually a variant of Primeknit, dubbed PrimeBlue, consisting of high-performance recycled materials in association with Parley Ocean Plastic whose ideology is inline with adidas’s vision for a green-thinking future. The pair is very similar to the “Core Black/Carbon” which dropped not so long ago. Minute changes include a “Solar Red” cage unit which completes the lace unit and heel cup. The Ultra4D branding makes its presence on the heel in a black font. Red accents can be spotted on the sock liner and on various parts of the tongue.

The latter is the “Core Black/Cloud white/Carbon” pair equally matching its alternative construction wise. Swapping the red accents for a cloud white on the contours and weave patterns of the PrimeBlue Primeknit uppers with carbon highlights on the lace cage and heel cup. A blacked-out 4D sole with a matching outsole completes the shoe.

Both the pairs are available on the adidas webstore right now for a price of $220 USD.