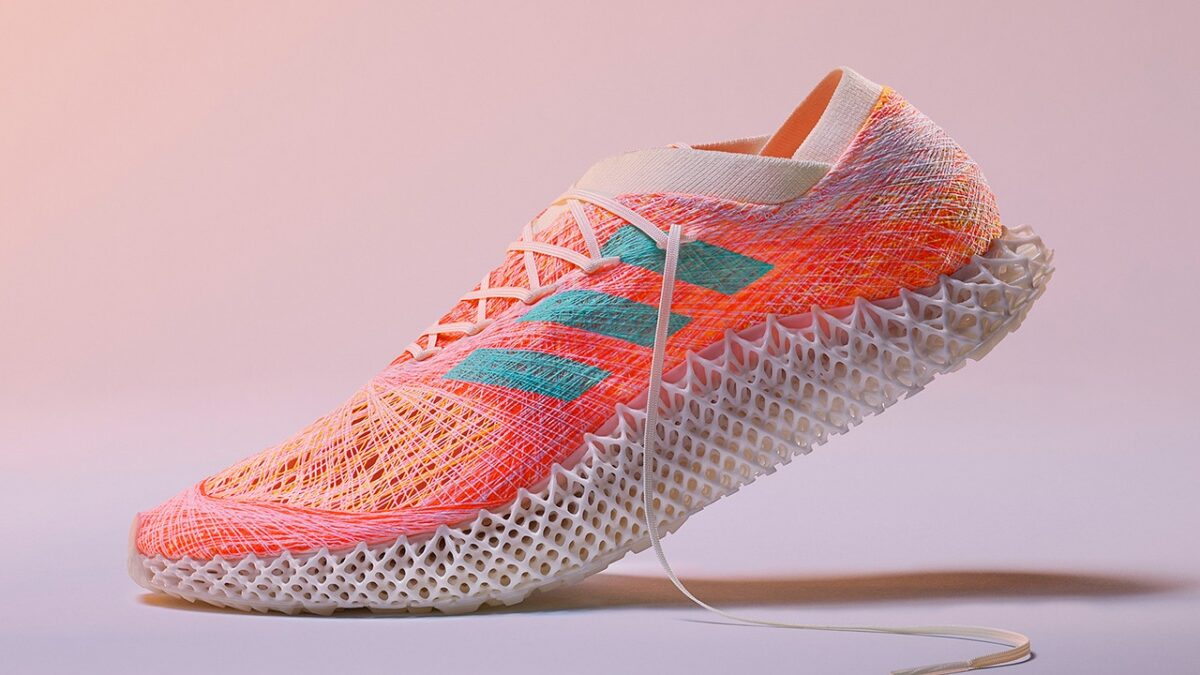 Adidas truly is wrecking the norms of shoe crafting by 3D printing and introducing a version of textile interlaced by proprietary STRUNG robot to corroborate and maximize precision. The shoe consists of upgraded uppers blending footwear design, craftsmanship and robotics in balanced proportions. The textile built shoes might not be novel to Adidas after all the UltraBOOST, its the most revered silhouette flexing primeknit upper half, but the STRUNG is different from that of the previous ones.

Credits to the advanced robots that craft its uppers from midsole to collar. The standout thing was the STRUNG shoe is jammed with a single layer 360 degree weave constructed of over 1000 threads – that works with lineation of the shoes.

The fabric can be framed according to the needs of the runners feet specifically who keep a pace of 5 meters or more per second. The heel, midfoot and toebox are made of sturdy red thread for support, forefoot utilizes much of a limber yellow thread for flexibility. The two pieces combined gives a coccon-like grip on the foot, with aqua blue three striped graphics on the midfoot and a peach-coloured collar like a platter for little extra style. Beneath, the midsoles feature a repeated latticed 4D build. Crafted from Adidas’s Digital Light Synthesis procedure, coupled together with light and oxygen into a solid, supportive substance by way of chemical curing. It also displays minimal heel with a thicker forefoot and midfoot. Streaked outsoles at the back end as well, contrived to cut weight by placing traction in just the required areas. The Adidas Futurecraft STRUNG will be lately available in either 2021 and 2022.

Golden Goose's 'Dad-Star' Is a Worn Out Luxury Sneaker