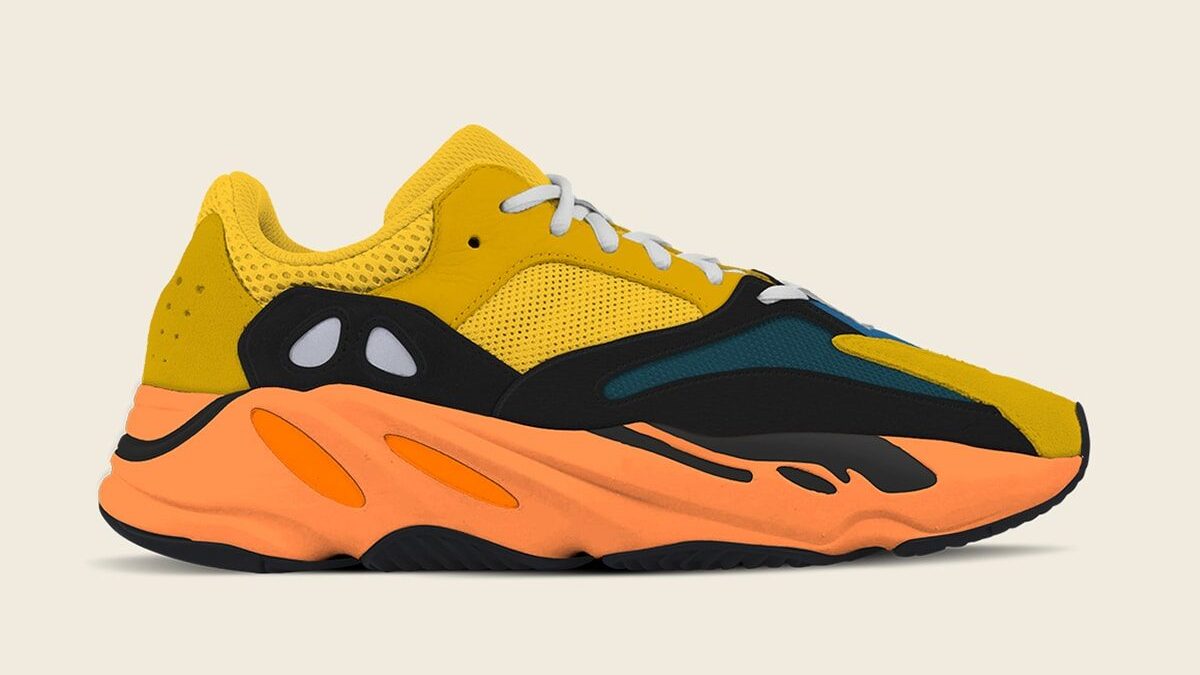 Adidas YEEZY 700 V1 “Sun” has not passed the toll, despite many newer samples releasing every now and then. This pair evoked many significant interest when unveiled alongside a line of never-before-seen sneakers this past August.

The architecture on this remains the same besides colour blocking coming in heated hues; in fact, the pair keenly resembles the OG Wave Runner, but with sun kissed yellow in places of grey on the upper, and soft oranges where the sail midsole once laid. Teal toe, black suede overlays, and vivid orange midsole accents all arrive in line with OG, as does the black rubber outsole.