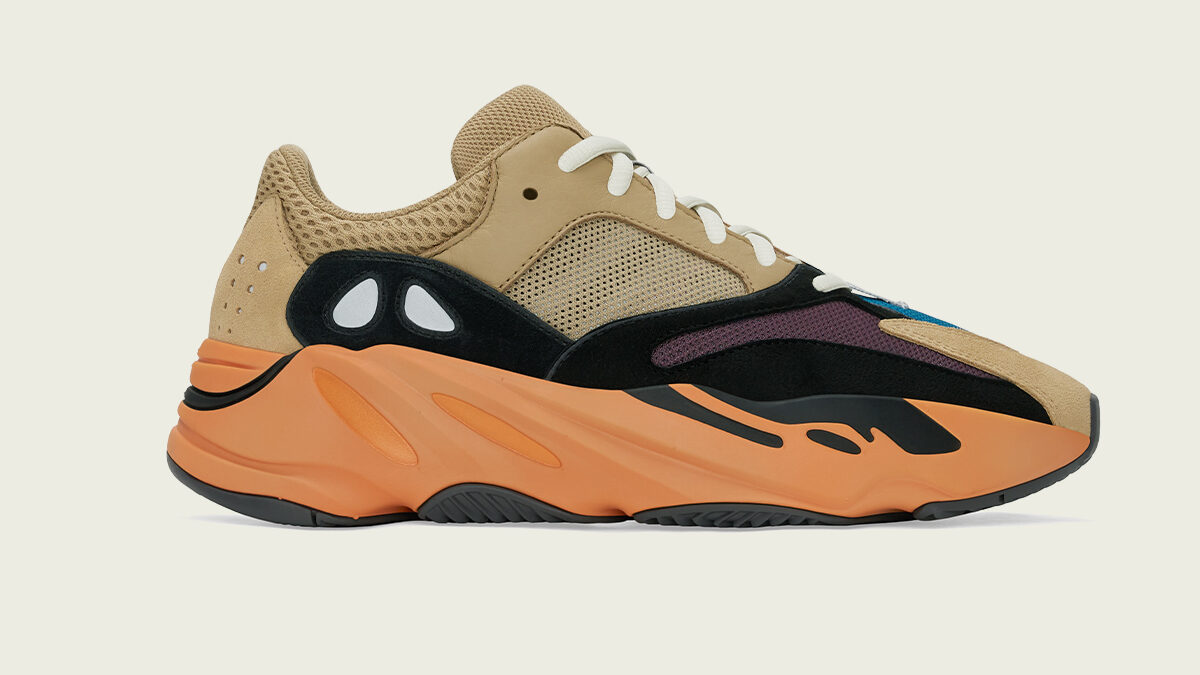 adidas and Kanye’s partnership has now reached a point where no matter how many colorways they release of the same silhouette, they all end up selling out. A perfect example to prove the theory is the YEEZY BOOST 700. After releasing in the “Sun” colorway and the “Bright Blue” option, the silhouette is now geared up for its next iteration, the “Enflame Amber”.

The forthcoming colorway is an ideal mixture of both earthy and vibrant tones. The uppers are comprised of a mixture of leather and suede in the beige tone while the mudguards lean towards the darker brown for an even match. Parts of mesh spread throughout the uppers impart breathability and comfort. A variety of tones make their way on to the toe box with the turquoise panels and the faint yellow shoelaces reminiscent of the OG YEEZY BOOST 700 “Wave Runner”. Midsoles carry forward the chunky aesthetic of the shoe with the BOOST embedded on the inside and a tangerine orange hue with the stonewash effect on the outside making no two shoes alike. Concluding the shoe is a stark black outsole.

Nike adds “Tour Yellow” embellishments on the Air Max 95 to give it some life.