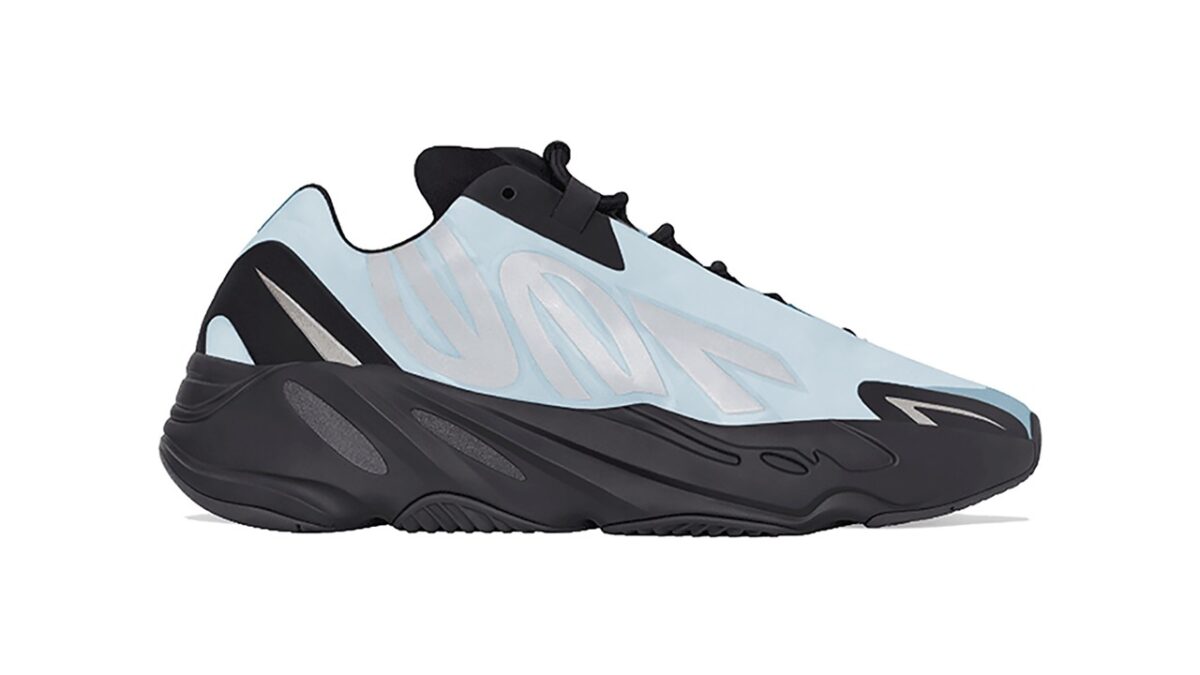 The YEEZY BOOST 700 MNVN had a splendid 2020 with a bunch of colorways, namely the  “Phosphor”, “Bone” and “Triple Black” making their way into the sneaker market. Maintaining the momentum in 2021, the adidas silhouette will be arriving in a variety with the “Blue Tint” colorway kicking off the releases.

The uppers of this particular pair are unique, something which we have not seen before. Accents following their previous iterations of splitting between black and reflective, the former laying itself on the throat, bungee-style laces and the forefoot and heel overlays while the latter is attached on the side panel’s 700 branding. The “Blue Tint” wraps itself on the lateral and medial walls making it a perfect silhouette for the Spring season. The midsole unit is reminiscent of the adidas YEEZY BOOST 700 V1, clad with a charcoal exterior and black treading.

Adidas is yet to confirm the release date, but the pair is expected to release sometime during Summer for a retail price of $220 USD.