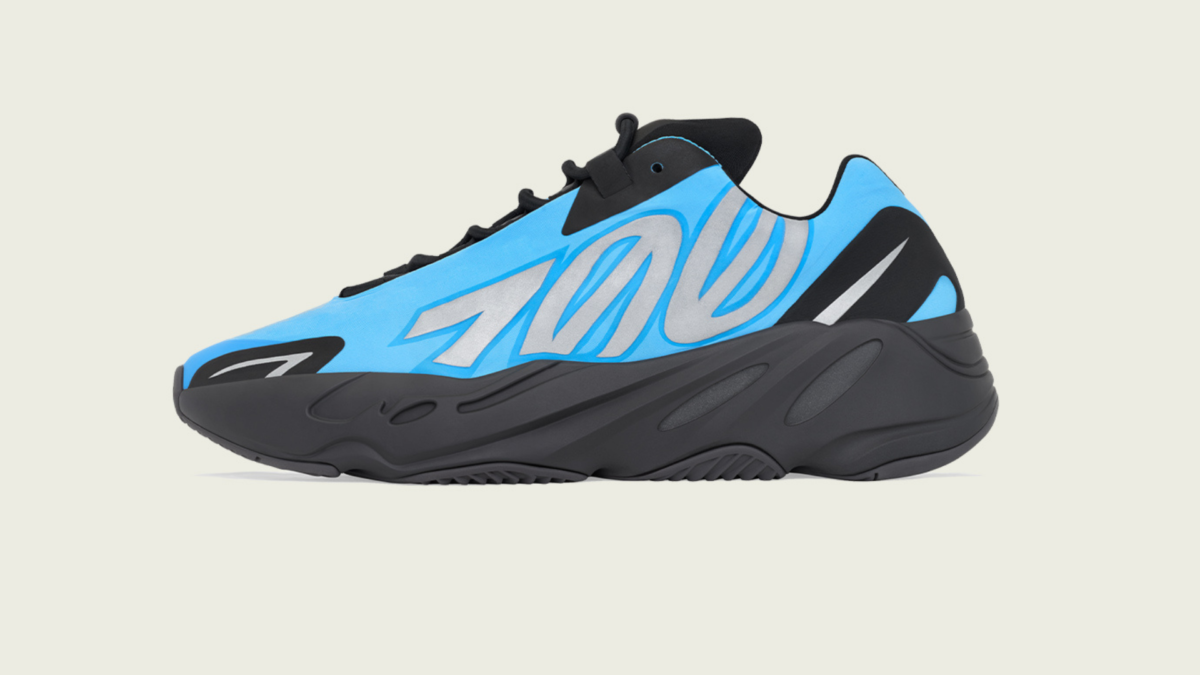 Adding to the efforts of Kanye West and adidas in bringing more vibrancy into their YEEZY line is the upcoming YEEZY BOOST 700 MNVN “Bright Cyan”. Although the silhouette hasn’t gained much attention in the past, the upcoming months are expected to change the scenario. A well know fact is that the MNVN was one of West’s first silhouettes ever to feature neon tones in its entirety.

Separating itself from the predecessors, the “Cyan Blue” is stitched in polyester with no-sew overalls for improved breathability, flexibility and comfort. Standing by its name, shades of blue drape the silhouette majorly, complemented with stark black overlays, tongue and laces. The lateral sides feature a bold 700 write up in reflective detailing for an enhanced visual interest. Concluding the shoe is a full-length BOOST sole surrounded by a PU midsole and a black outsole.

The adidas YEEZY BOOST 700 MNVN “Bright Cyan” is due to release on the 7th of June at shop.adidas.co.in for a retail price of INR 21,999.