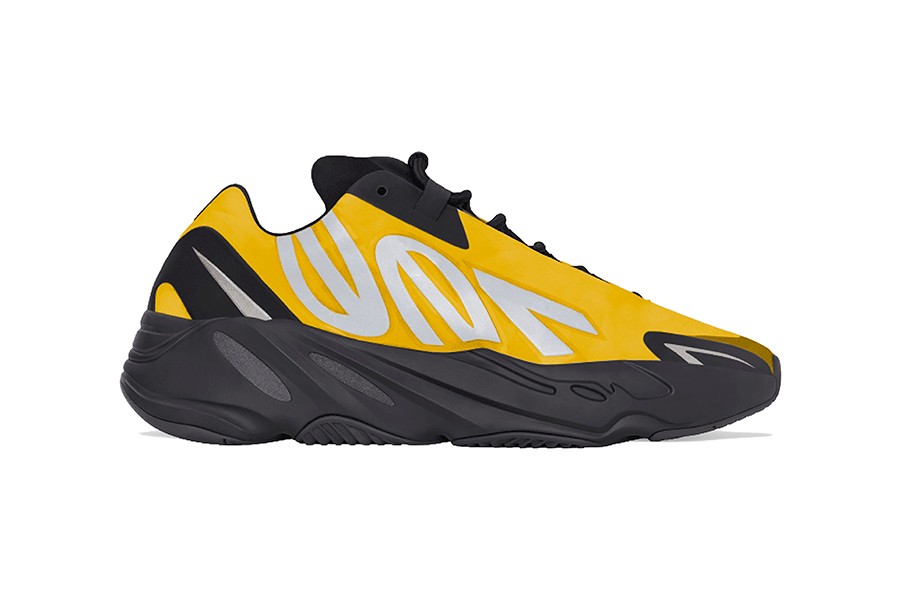 After being MIA for 12 months, Kanye West and adidas‘ YEEZY BOOST 700 MNVN has recently started to emerge with new colorways like the “Blue Tint,” “Cyan Blue” and — most recently — “Honey Flux.” While experimenting is significant amongst several other models in the adidas YEEZY line like the YEEZY 500 and YEEZY BOOST 350 V2 with colorblocking and construction, the MNVN is keeping things uniform by offering a monotonous smooth upper with bold branding atop a chunky sole.

The “Honey Flux,” sports a bright, bumblebee-like yellow accompanied by a large silver “700” hit on the lateral quarter plus black and silver detailing on heel and toebox alike. The Smoky black toe cap is contrasted by the jet black tongue, throat and laces. Down below, an all black YEEZY BOOST 700 midsole adds what appears to be hi-vis reflective material to its cut-out oval details to complete the look.

Though no official release date for the YEEZY BOOST 700 MNVN “Honey Flux,” has been announced, the sneaker spies at YEEZY MAFIA have leaked its release in October. You can expect its MSRP to be set at $220 USD.