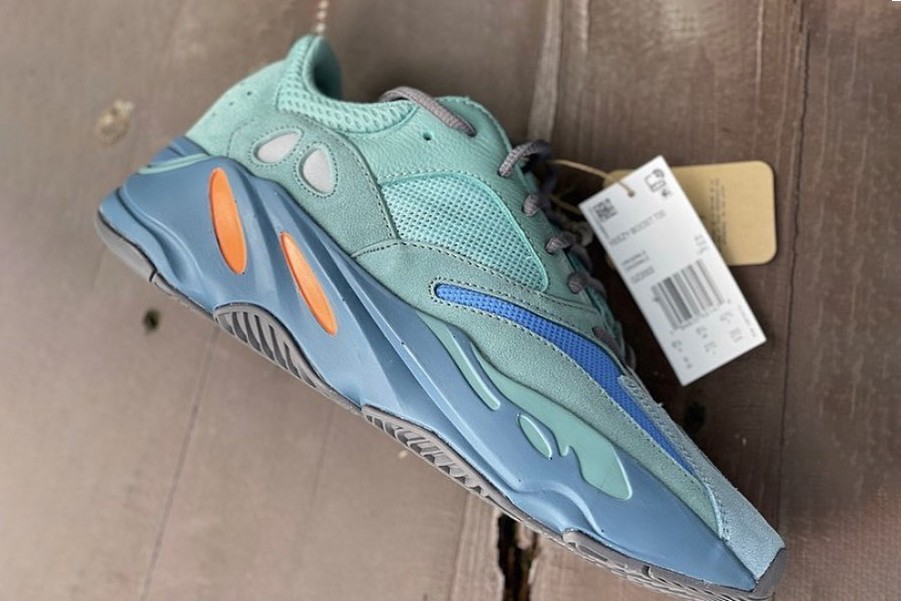 Kanye West‘s worshipers are diligently waiting for him to finish DONDA, while the ever-theatrical rapper, designer and evangelist’s adidas YEEZY line is busy with releases like the YEEZY BOOST 700 “Fadazu.” Spotted first in the year 2020 “sneaker circle” tweet from West himself as shown below, the “Fadazu” arrives painted in a color scheme that’s evocative of the YEEZY BOOST 700 “Inertia” and a name that likely translates to “Faded Azure/Azul.”

The design involves thick, blocky blue-gray midsoles, ornamented with oblong orange ovals to mimic “Inertia,” and is obviously loaded with bouncy BOOST cushioning. The upper however shows a striking difference from the “Inertia.” It boasts a flamboyant blend of aqua meshes and suedes, embellished even further with sport blue mesh around the toebox and a soft sky blue suede toebox overlay. There are laces that appear in dark gray, with egg-shaped hi-vis reflective detailing under the collar that completes the look.

The adidas YEEZY BOOST 700 “Fadazu” doesn’t have an official release date yet, but will likely hit retailers later in 2021. It is not sure if it’ll arrive before or after DONDA as West is an avid believer of mystery.