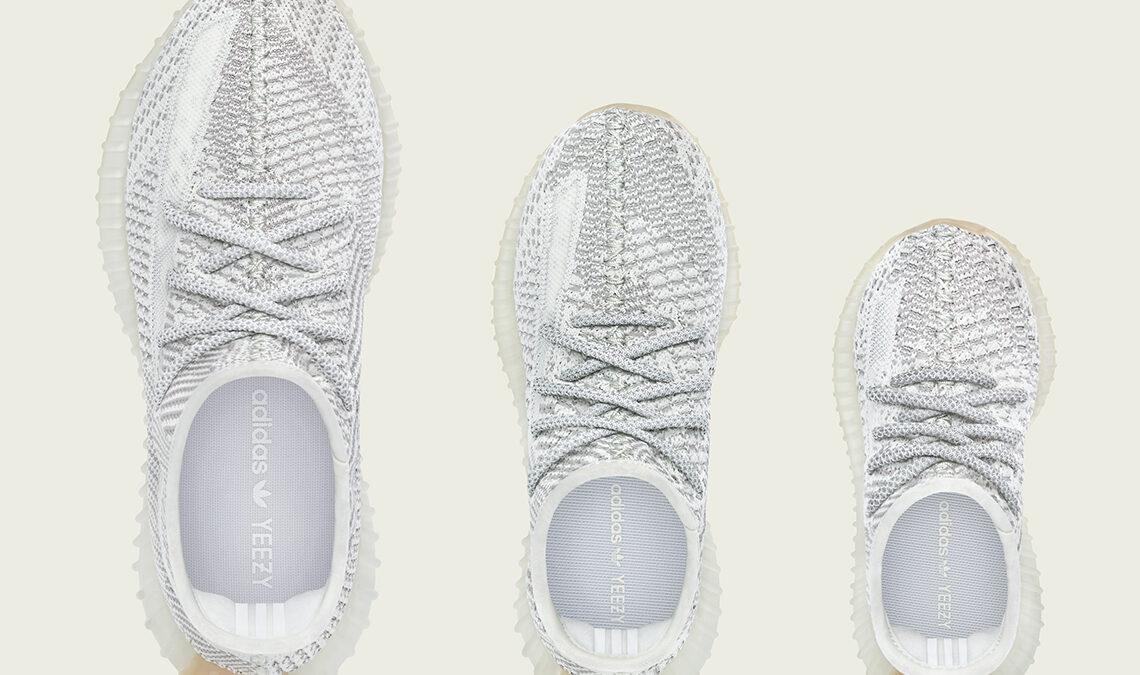 Originally presumed to be a part of December’s colorful assortment and then mistaken for the “Tailgate” soon after, the adidas Yeezy Boost 350 v2 “Yeshaya” is finally set to release towards the end of this month — officially placing it as the first adidas Yeezy release to grace 2020.

What we get is a relatively neutral take to start the new year off fresh, though embellishments newfound further separate it from 2019 offerings. The lack of a heel pull seems to be par for the course as we continue onwards and the sole unit has started to feature patterned detailing right down its center line.

Side walls, however, stick to the slightly translucent gum we’ve come to expect with upper weaves departing by way of a white, almost grey execution. Base threads much lighter with metallic-esque accents strewn about, the pair — which is likely to receive its own reflective upgrade — retains this 50/50 mixture even in its profile stripes, laces, and so on.

find at adidas.com and select retailers with them in waves: China will be the first to get adults, kids, and infant sizes on January 11th while the US will have to wait until January 25th.

Up Close With The Air Jordan 3 “Racer Blue”