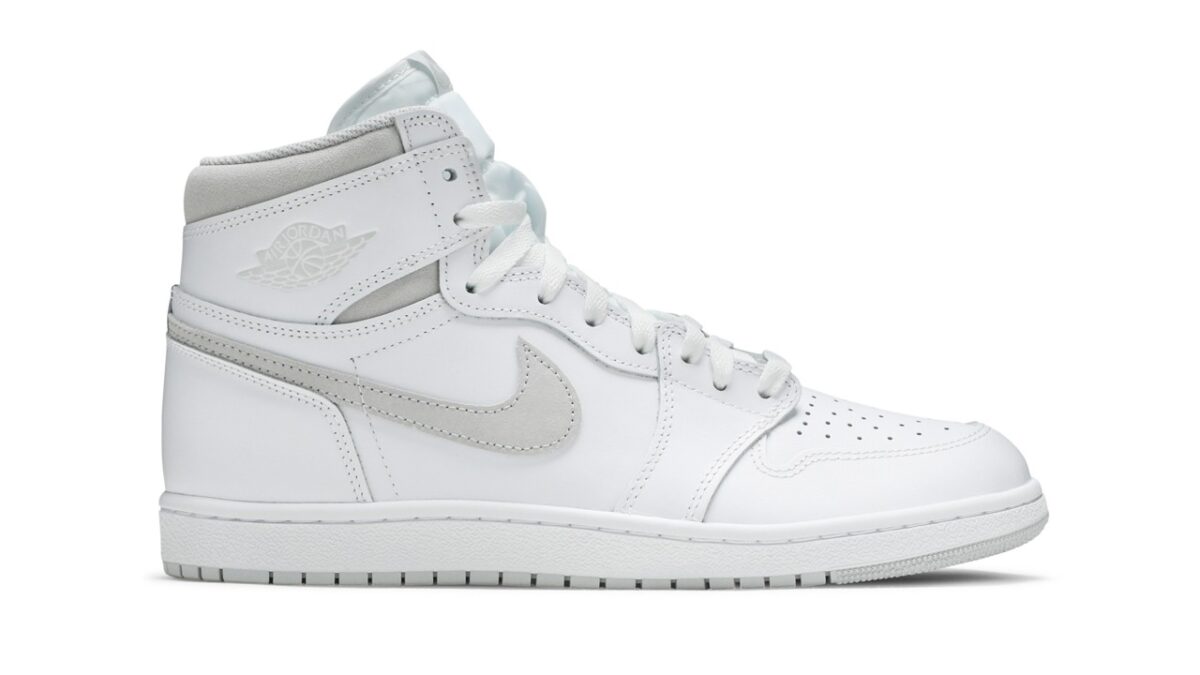 Designed by Peter Moore in 1985, the Air Jordan 1 was drafted specifically to match the needs of the Chicago Bulls’ rookie sensation, Michael Jordan. The Air Jordan 1 undoubtedly is the most popular basketball sneaker ever. During his years of fame Jordan was approached by Nike with a promise to build a brand around him but to everyone’s surprise Jordan declined as Converse was his first preference. Jordan complained about the sole being too thick thus denying him a perfect feel of the court. Nike however did not give up and sent Jordan a few samples of Air Jordan 1 which were still disliked by Jordan. Giving the pair a few days, Jordan played in them every night and began to like them – rest is history, as Air Jordan 1 has experienced it all, the way from sports then an iconic symbol in the fashion sense and now an acceptable formal footwear option.

The newest of the lot is the Air Jordan 1 High ‘85 “Neutral Grey”. Seeing a growth for the love of vintage styling and Nike’s archival products, Jordan Brand has seized the opportunity to retro the OG Air Jordan 1 “Neutral Grey” for the first time in 2021. Despite its popularity in the ‘80s, Nike and Jordan brand have steered away from the “Neutral grey” to serve the more color biased silhouettes. Seeing a shift in the trend and a demand for the original silhouette, Nike and Jordan brand decided to switch things up. The love for the “Neutral Grey” sneaker has been growing upwards in the past few years courtesy of the Instagram archive pages and collaborations such as the Air Jordan 1 “Dior”.

The shoe features a clean white leather upper and a pair of white shoelaces to match with and grey suede accents on the ankle collar and midfoot swoosh. The shoe will also feature an original-styled Nike Air branding on the tongue tag, a white midsole and a grey rubber outsole. Being a retro, the shoe will have the classic high-top cut from 1985 as seen on the “Varsity Red” and “New Beginnings” pack that came out in 2020. Apart from the retro styling, the “Neutral Grey” also includes an old-school Air Jordan hang tag, featuring a memorable photo of Michael Jordan performing a slam dunk with the anatomy details on the interior.