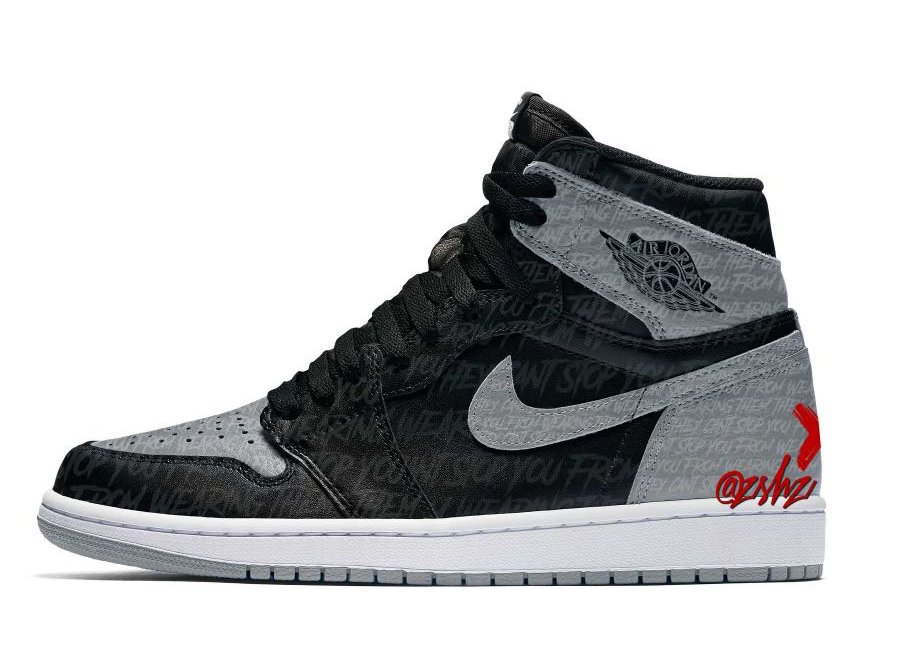 Releasing in 2022 is the Air Jordan 1 “Rebellionaire” which is inspired by the original “Banned” Air Jordan 1 commercial even though the true banned model was the Air Ship.

As the name suggests, “Rebellionaire” in the language of Jordan Brand reflects the rebellious nature of Michael Jordan when he was wearing the “Banned” AJ1s even though the NBA fined him $5,000 for each game. Nike ended up paying the fines as MJ continued to wear the shoes.

Arriving in a mix of Black, White, and Particle Grey colorway, this pair is reminiscent of the iconic “Shadow” iteration. This Air Jordan 1 has an upper with a text engraved that reads “They can’t stop you from wearing them,” referencing the commercial, and the iconic Red “X” returns on the heels. A White midsole atop a Grey rubber outsole completes the design.

The Air Jordan 1 High OG “Rebellionaire” hits the shelves in March 2022 at select retailers and Nike.com priced at a retail of $170 USD.