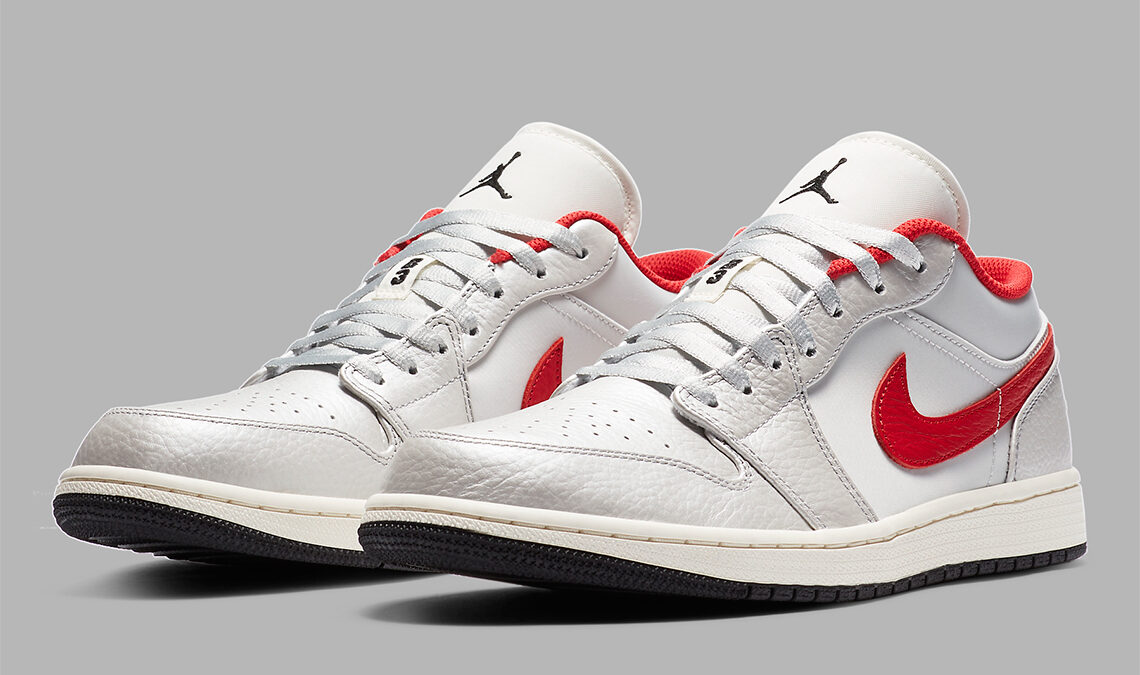 White and red is just as classic as the Bred colorway and there are numerous instances where they have appeared together. After surfacing recently in a lot of colorways, Jordan brand is now dressing up its AJ Low 1 in the signature palette. This pair might look very familiar in appearance but a slight tweak can be observed in the construction process. Except the quarter and the collar, a soft cream variation of white in tumbled leather has been used on the upper which complements the yellowed tooling. Swoosh and the collar padding appears in red while the Jumpman branding and “23” stamp on the tongue appears in black.

Likely to release in the next few months, scroll down to grab a detailed look at them.