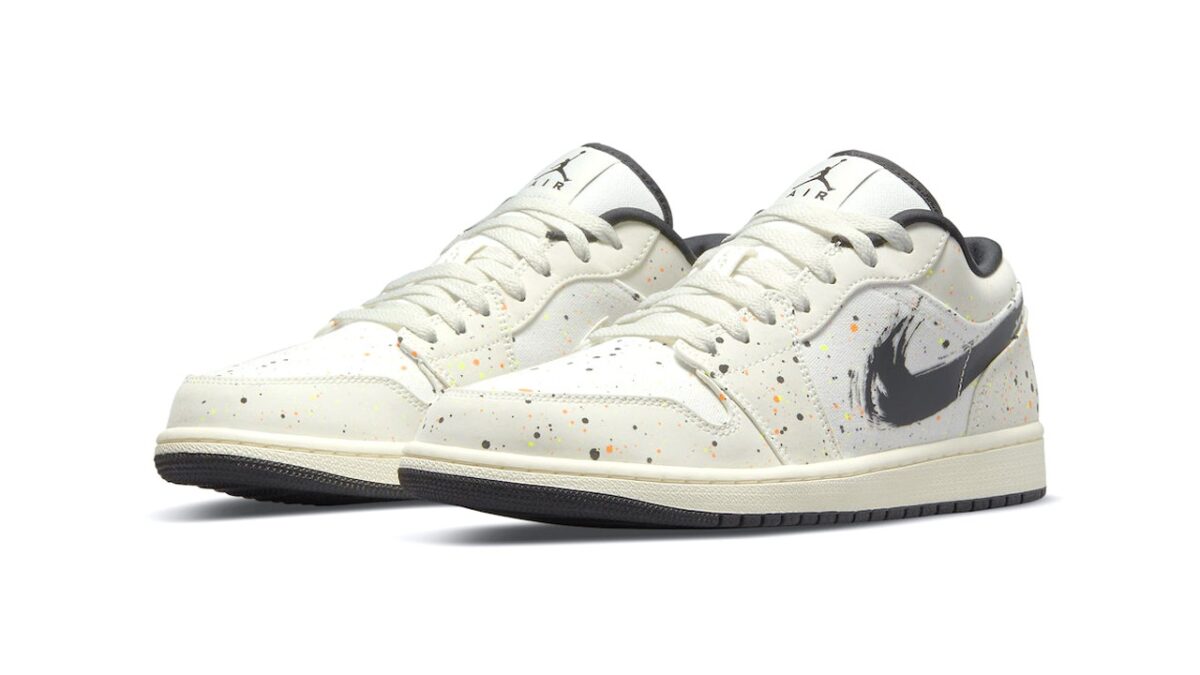 Jordan Brand has yet again offered the classic Air Jordan 1 Low in a new spin. The forthcoming colorway allows the canvas base acting as the upper to be splattered with vibrant colors.

On initial looks, the shoe begins with an off-white “Air” patch logo to complement the cream toned uppers. The dominating shades amongst the splatter seem to be neon, orange and black. The branding also falls prey to the theme with the Swoosh depicted as a brush stroke on the lateral side walls while the medial rocks an off-white colored Swoosh. The shoe is concluded with usual details such as the “AIR JORDAN” branding on the heel, a tonal midsole and a navy outsole.

No official release date has been disclosed as of now but the pair is expected to arrive on Nike’s website soon for a retail price of $100 USD.

The Air Jordan 36 “Sunset” Has an Official Release Date