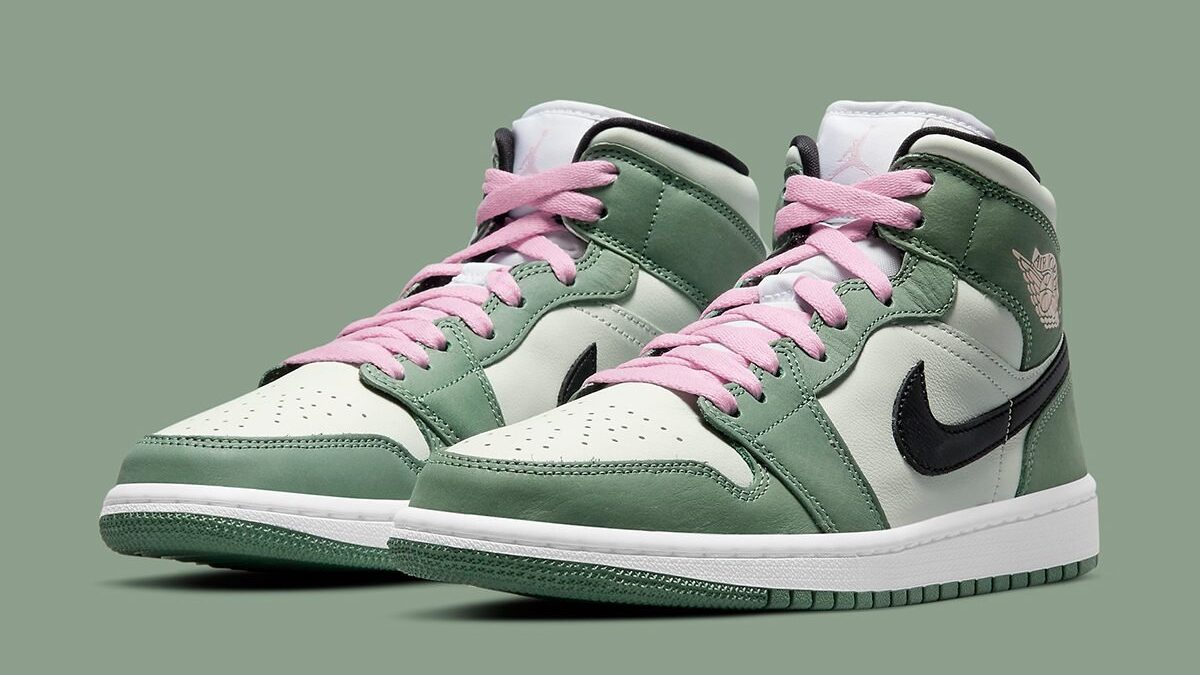 Green has been, the one color on the wheel that has historically evaded Air Jordans in the past. Although due to Mike’s rivalry with the Celtics pushed the hue to the side for decades, but over the course of the last few years (in line with the growth of the market) we’ve seen it come on in spades. The next to tackle the earthy hue is this Air Jordan 1 Mid “Dutch Green”, using two shades as its foundation against some subtle and striking accentuations.

This special-edition release layers on the titular hue across the traditional Chicago blocking, while it arrives in a soft leather construction, its base opts for a barely-there green. Whites are seen in a slightly toned-down finish, leaving jet blacks at the liners and Checks to pop in striking contrast. At the Wings and tongue, subtle pink branding is met by a slightly heavier shade at the laces a-la Travis Scott, and the pair is capped off with a simple white and green sole unit beneath.

Look at the official images of the pair here below, while a release date for euro retailers of the Air Jordan 1 Mid SE “Dutch Green” is set on April 12th. Pairs will be available through their raffle system and are expected to arrive at select Swoosh stockists and Nike.com in the coming months.

New Feud Between Nike and Puma : The “FOOTWARE” Trademark