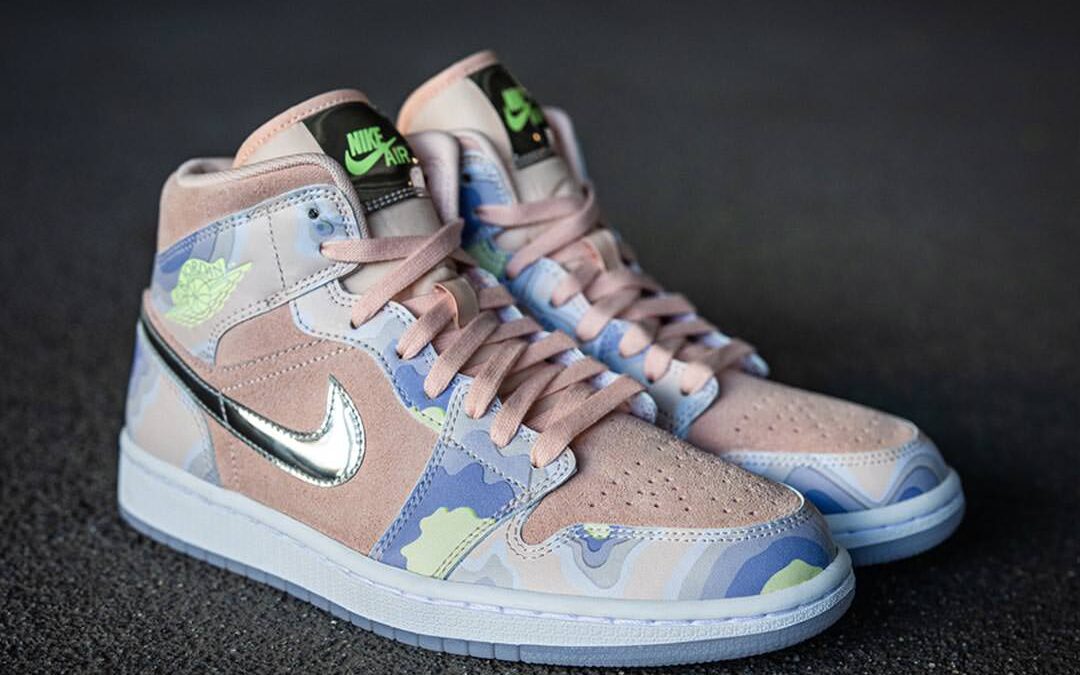 Nike and Footlocker have been in an established relation for a long time . Now the most awaited collab from the two giants is set to drop a series of sneakers.
The collection features a Air Force 1 and and a few men’s and kid’s oriented Air Jordan 1 of the  “P(HER)SPECTIVE” sub-series.

Its overlays are influenced by the cumulus rather than the interstellar and are a perfect blend of pastel arrangement of blues, light volts, and some soft pinks that collectively border between clouds and topographs in likeness. Underlying them are the sturdy suede panels which display the floral notes that are matched with eyelets, linings, and tongue.

Glossy Nike swoosh and brand patches and debossed insignia accent with neon Nike Air and Jumpman symbol give a more visually confident look.
The shoe will be released exclusively through Footlocker and nike.com in late June.

Nike Gets Spooky With the Air Trainer 3 “Dracula”