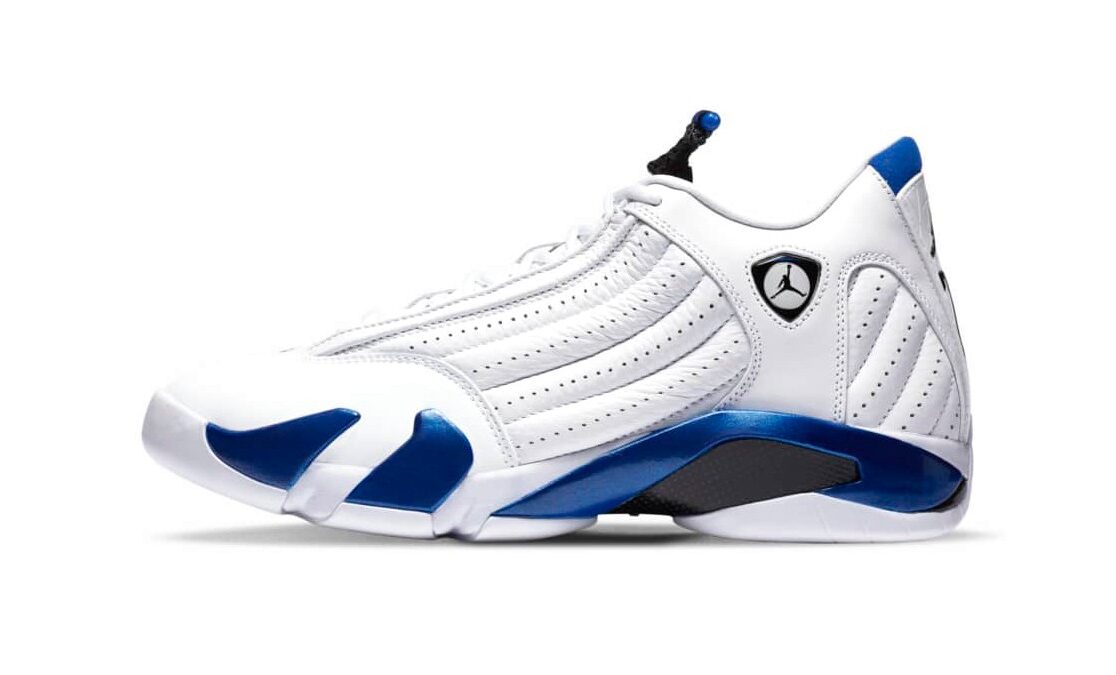 Some time ago this year, Jordan Brand revealed its entire Fall 2020 core line of sneakers, and now the sneaker giant is gearing up for the release of its Air Jordan 14 “Hyper Royal.”

Michael Jordan rocked the Air Jordan 14 for his final championship run in 1998, and 22 years later it is once again being gifted the “Hyper Royal” makeover that it displays so perfectly.

Jordan Brand has made the pair from exclusive white tumbled leather and has given this with “Hyper Royal” blue components all-around — many of which are metallic and accentuate the midsole. More touches of blue can be seen on the collar and on the tongue tag, which brings the shoe together in once piece.

Black has been utilized on the rear to highlight the signature “23” motif and, naturally, the carbon fiber shank as well. Other elements inspired by “the fastest cars on Earth” include its Jumpman logo near the collar, which is located in a Ferrari-esque plaque.

The Air Jordan 14 “Hyper Royal” is ready to launch on Nike’s website and at select retailers on September 19 for $190 USD. Big Kids’, Little Kids’, and toddlers sneakers will also be released at $140 USD, $90 USD, and $60 USD respectively.

Casablanca Takes the New Balance 237 into its Own Hands