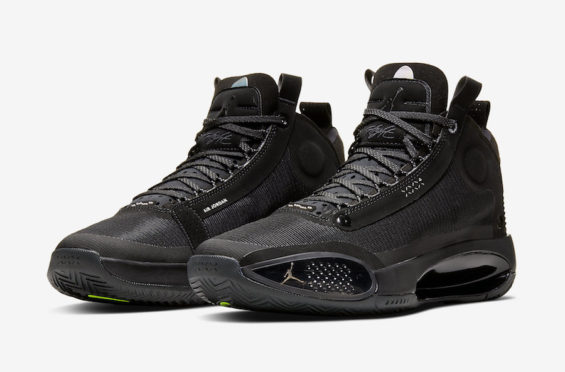 After the return of the “Black Cat” Air Jordan 4 for the first time since its 2006 debut, the stealthy colorway will soon shift from retro to the latest legacy model from Jordan Brand.

Set to appear on the Air Jordan 34, this colorway sticks with the hallmarks of previous “Black Cat” makeups including an all-black upper with dark grey details, but adds a few hits of Electric Green across the outsole and at the Eclipse Plate. To finish things off, reflective accents are featured on the tongue, heel, and branding.

The “Black Cat” Air Jordan 34 is expected to arrive just before Michael Jordan’s birthday and NBA All-Star Weekend with a rumored Feb. 6 drop date, although it’s yet to be officially confirmed. The sneakers will retail for $180.

adidas Yeezy Quantum Set For A Return On September 5th