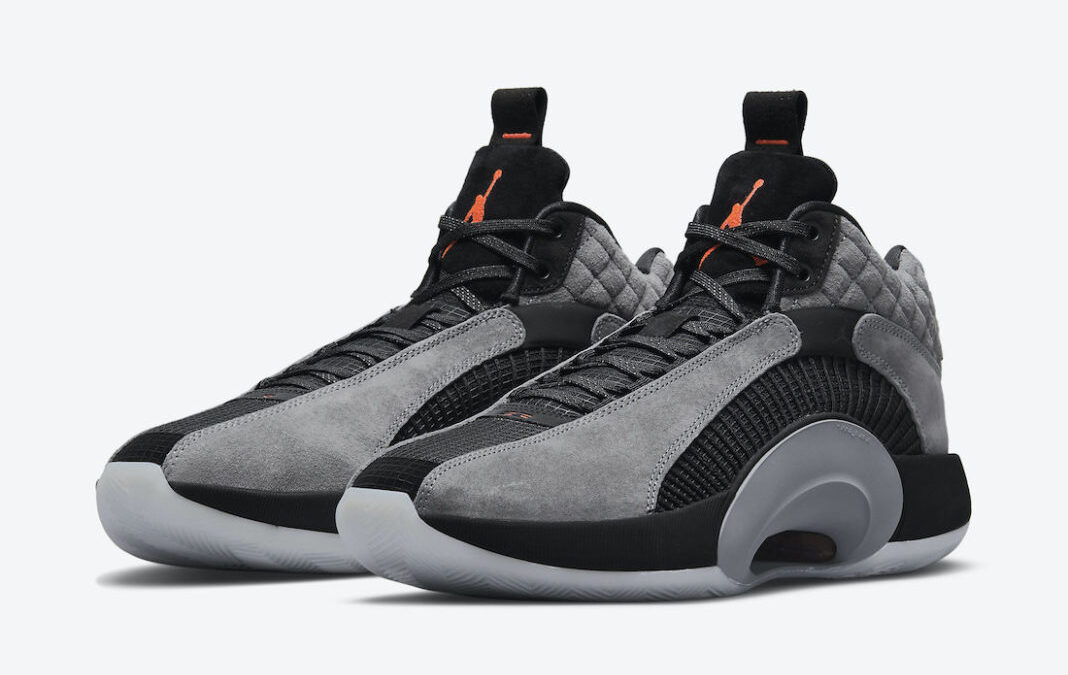 Jordan Brand is prepared to release another new Air Jordan 35 that resembles the Air Jordan “Fear Pack” from 2013 – which included the Air Jordan 3, Air Jordan 4, and Air Jordan 5 which derived its inspiration from the brands “Be Legendary” macerating campaign.

This new offering of the Air Jordan XXXV features Grey suede overlays and quilted collars giving off a nice premium touch with the rest of the shoe dressed in Black. The branded areas feature the “Nike Air” tags with Orange contrasting accents in the rear atop a Cool Grey Eclipse plate at the midfoot and the translucent outsole completes the design.

Look for the Air Jordan 35 “Smoke Grey” to release on April 8th at select retailers and Nike.com. The retail price tag is set at $175 USD.