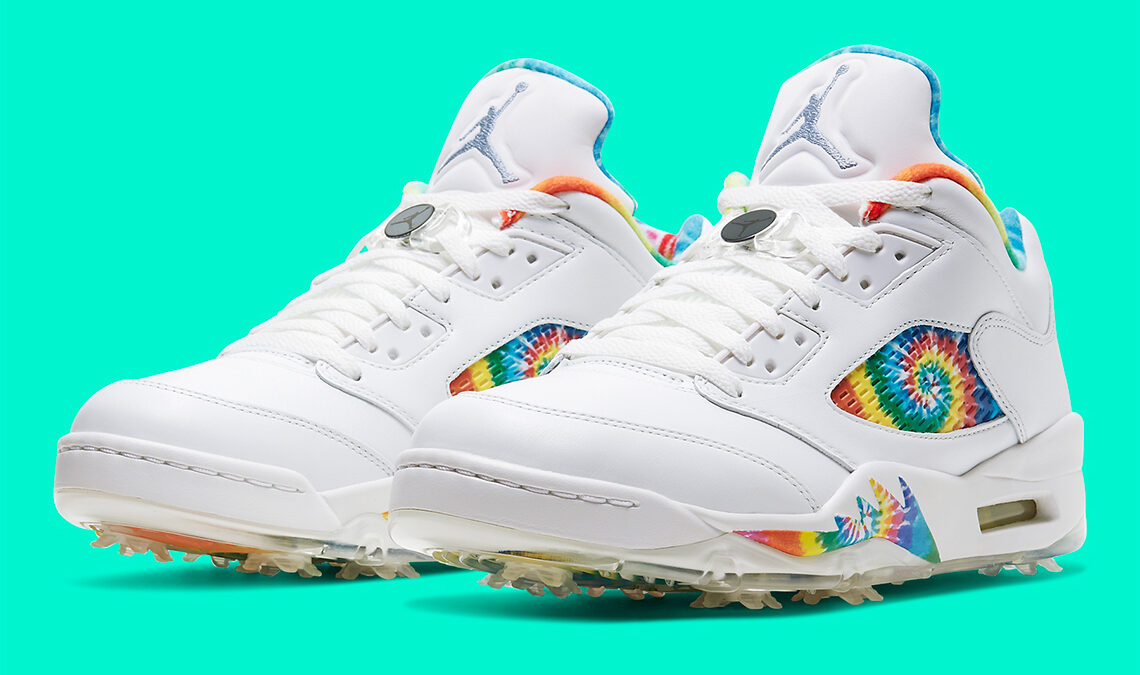 Jordan brand officially introduced the Air Jordan 5 to its golf collection by adding spiked sole to this low ankle shoe which was originally made for hooping. This silhouette debuted in the “fire red” colorway and was an instant hit. To further promote this particular silhouette, an unexpected follow up colorway is now appearing on these.

A trend that re-surfaced this year and has been already been introduced this year, yes! It’s the vibrant Tie and Die colorway. Unlike its counterparts, this tie and dye colorway has been incorporated in a subtle manner and it appears on the fire inspired panel on the mid-sole, mesh on the mid-foot, collar and tongue lining and the out-sole. The silhouette of the shoe remains intact with only a notable change that has been introduced in the out-sole on which white cleats are fixed. The branding on the tongue and heel counter has been done in grey while the out-sole boasts a multi-color text that says “LOVE” which is visible through the transparent out-sole.

Expected to retail at $220, a release date for this is yet to be revealed. Expect the Air Jordan 5 Golf “Tie Dye” to release this fall.

For more news and updates like this one, stay tuned!