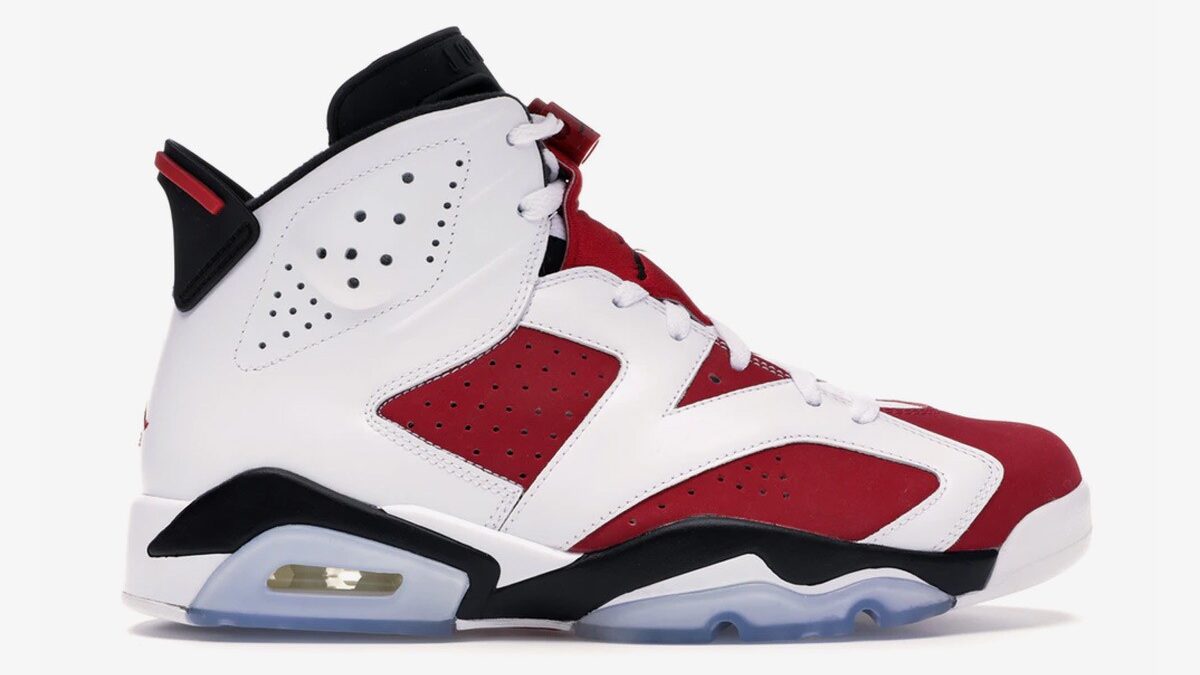 Nike’s line-up for 2021 is full of heat and Jordan-heads can’t wait for more upcoming releases. The upcoming Air Jordan 6 “Carmine” rumours were floating around for quite some time and this 2021 release is to celebrate the 30th Anniversary of the Air Jordan 6 silhouette. Next year will also mark the anniversary of Michael Jordan’s first of six NBA championship rings. It makes sense for the brand to release some special edition sneakers on this occasion.

Jordan brand also celebrated the anniversaries of the Air Jordan 3, Air Jordan 4, and Air Jordan 5 in 2018, 2019, and 2020 respectively. The AJ6 silhouette played an important role in MJ’s legacy and is surely a historical artwork.

Special collaboration and retro colourways are speculated to be dropped for the fan favourite Air Jordan 6 in 2021. Previously , the “Carmine” colourway retroed in 2008 for the first time , and later in 2014 after being released originally in 1991. The AJ6 “Carmine” is set to release in January 2021.