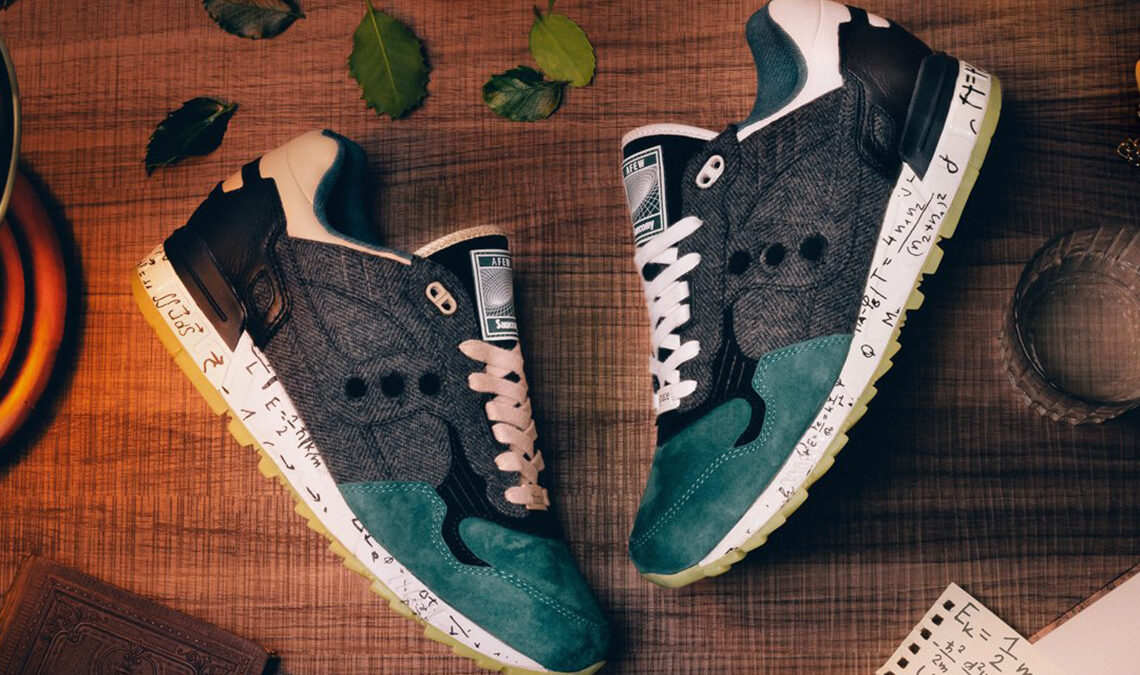 Saucony’s colour stories sounds more interesting than the mainstay, releases sourcing gastronomy, nationwide coffee chains and ships the legend of the La Victoria as inspiration. Their upcoming partnership with AFEW, likens the Shadow 5000 to the efforts of Albert Einstein through a detail “Time and space” colour scheme. The inspiration for this entire silhouette is picked up from one of the iconic brains of the world, Einstein. The colourway comes in a array of detailing giving celestial vibes and different fabrics incorporated into the uppers like the denim which comes in faded tones and green soft suede on the toe box. soft white leather with embossed 3D cubes and hourglasses on the heel understated by AFEW branding in equation style “A=few” mimicking one of his historic equations mass-energy equivalence which paved the way for scientific marvels. Getting into the interior comes insoles which is specked with random chalkboard texts. The AFEW x Saucony Shadow 5000 “Time and Shadow” are expected to drop on September 19th. A raffle on Afew.com will run simultaneously.

Air Jordan 35 Appears In A Classic White, Black, And Red