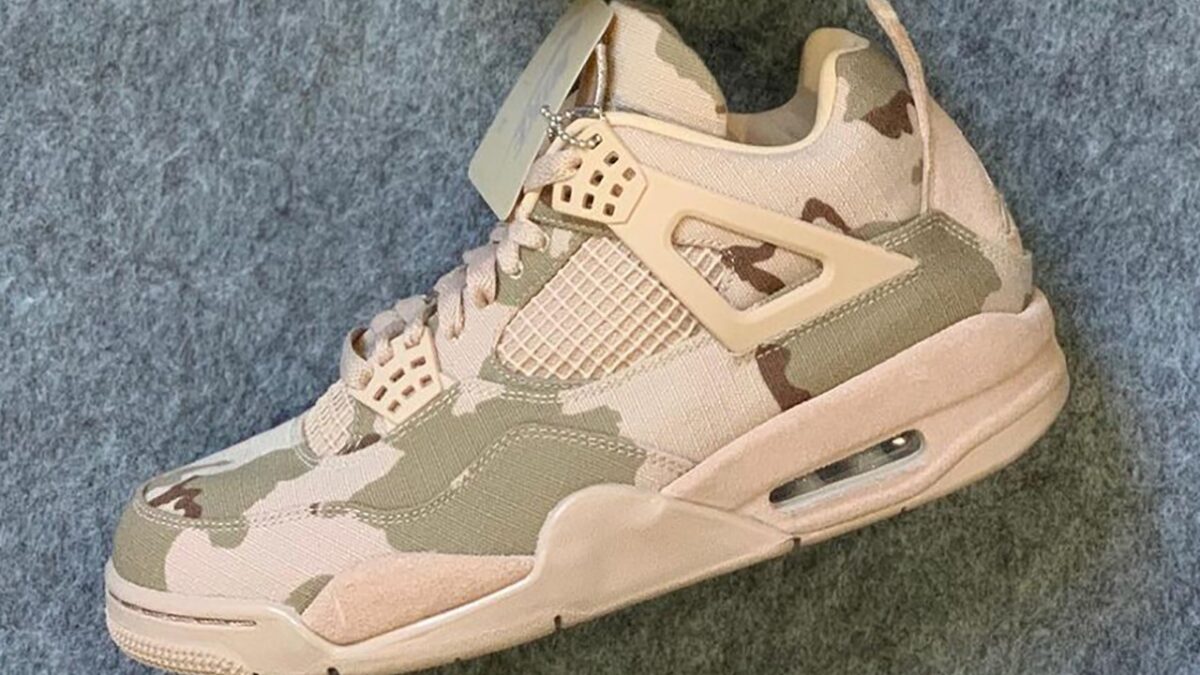 Women representation in the sneaker world is only becoming stronger, and one of the catalyst in the space is influencer and designer Aleali May. One of Jordan Brand‘s most impactful women collaborators, May is already a part of five footwear projects and keeping her presence is gaining momentum with her camo-covered Air Jordan 4 being revealed via early images.

Previously her Air Jordan 1 High Zoom CMFT “Califia” collaboration involved a dual tone flamboyant style, whereas this iteration displays an earthy color palette. The construction involves Ripstop uppers drenched in a sandy beige hue which are contrasted by dusted olive green and brown camouflage patterns spread all over to form a vision of a military jacket. The cages, sole pieces and the heel counters follow suit with beige exteriors as well, the latter of which is formed with buttery suede and a tonal Jumpman logo. The inside of the kicks feature quilted inserts in a regal purple hue and dressed with a teal “A” badge on the heels.

No official release information on these are available, but one can expect Nike and other retailers to launch them in the coming months.