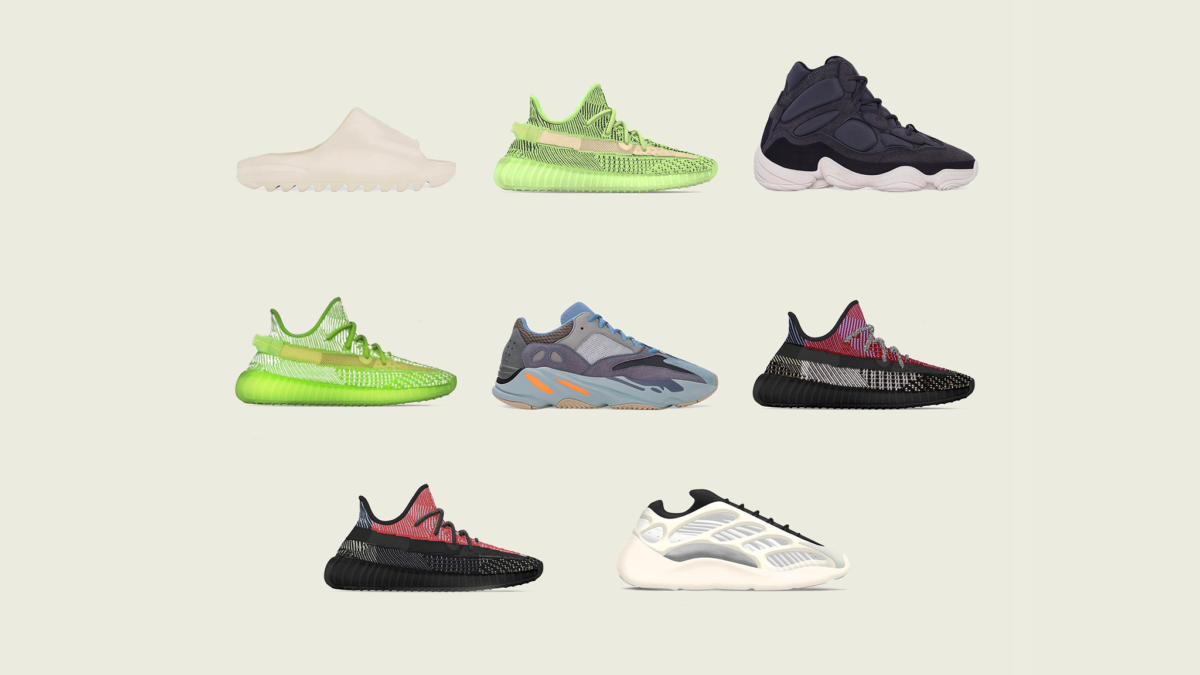 As Kanye said, there are going to be bigger and crazier drops of yeezys and will be available to most of us at retail.

The first release of the month is the yeezy Slides a brand new adidas collaboration slide made in EVA, available for $55, scheduled for December 7th.

Next is the 350 V2 “Yeezreel”, which drops on December 14th. Featuring a vibrant volt yellow and striped black upper.

The next release comes on December 16th and will be the first new silhouette dropping in the month – the Yeezy 500 High “Slate” comes with a much more rugged overall silhouette, which will be perfect for the Winter months

This will be followed by the YEEZY BOOST 350 V2 “Yeezreel Glow Reflective”, which takes the original “Yeezreel” sneaker, adds the reflective 3M threading we’ve known to love, and pairs it with the glowing primeknit technology first featured on the YEEZY BOOST 350 V2 “Glow” to create an electrifying sneaker. The “Yeezreel Glow Reflective” will drop on December 17th.

The final and second all new silhouette to drop this month will be the YEEZY 700 V3 “Azael”, which will release on December 23rd. Being an all new silhouette based on one of the most popular YEEZY sneakers, expect demand to be high as retail price is low, $180.

So basically this is the entire lineup of yeezy drops for this december, and for sure its a banger before we exit this year and the decade.

Hoping that we get most of these drops in India as well, but if not all we definitely need the yeezy 700 v3.

Bathing Ape | All about the Brand

Check Out Official Images of the Air Jordan 1 “Hyper Royal”