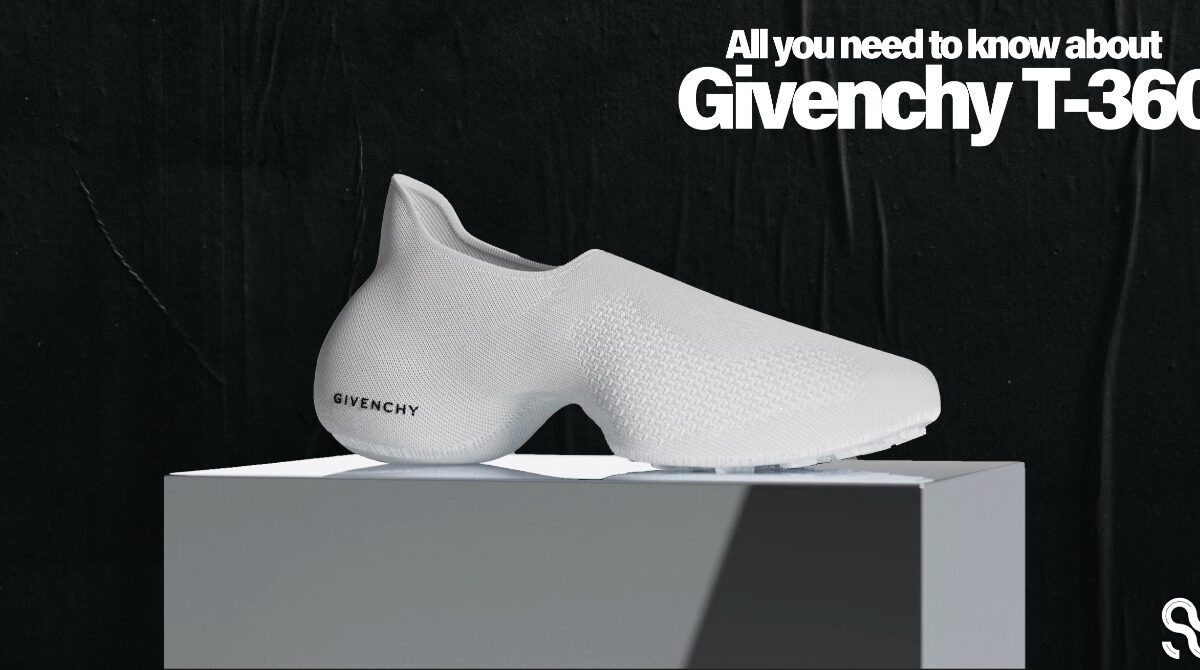 All you need to know about Givenchy T-360

The original style, developed specifically for the fashion business, sports a different makeup called “Total Knit,” lending itself to the model’s moniker. One continuous piece of precisely manufactured stretch knit is shaped to fit the sole piece from the toe box to the heel.

The TK-360 has a remarkably futuristic appearance because of its construction and distinctive design. By doing away with laces and other essential shoe elements, the design loses some of its fussiness while highlighting its distinct lines, curved sole, and Givenchy insignia.

The TK-360 appeared in the Givenchy Fall 2022 pre-collection amid slouchy ensembles of flannel shirts and torn jeans as well as the house’s more tailored combinations. Its sophisticated shape and design make it adaptable to a number of aesthetic interpretations. The most recent pack also features more daring designs in variants in Acid Yellow, Graphite Gray, and Light Pink, as well as paired-back hues of Classic Black and White.

The Givenchy TK-360 is made available for purchase on the Givenchy website and in a limited number of retailers worldwide through July 1.