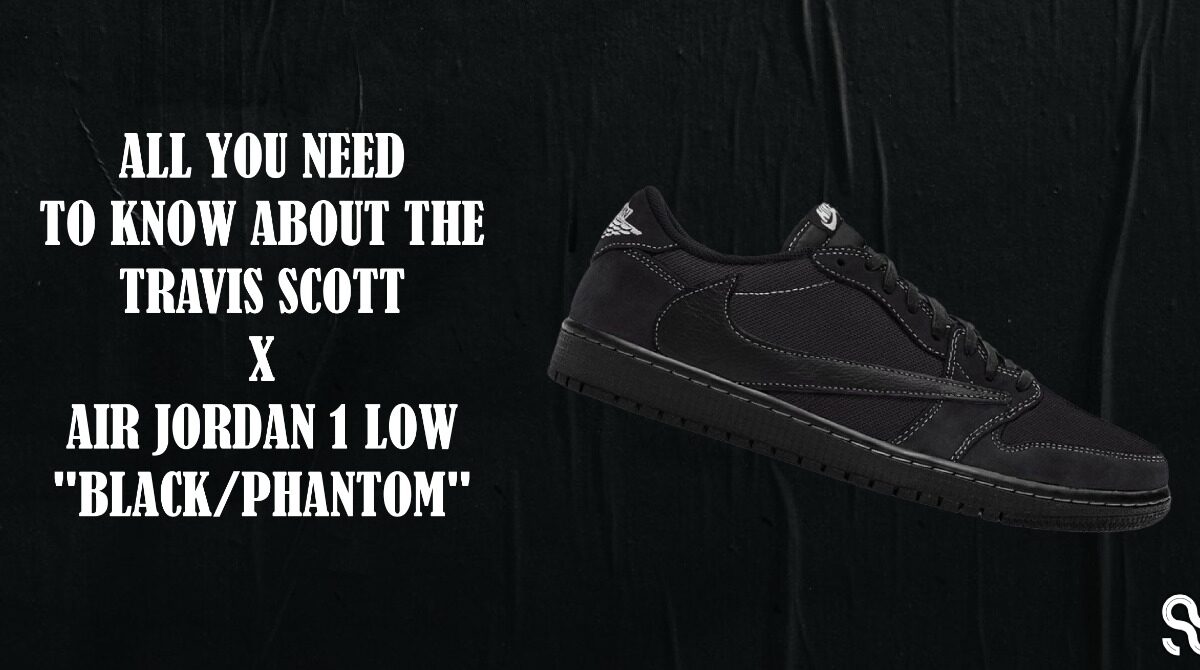 In July, it was revealed that Travis Scott was developing a new version of the Air Jordan 1 Low that will have both “Black” and “Phantom” colorways. And last, after much waiting — and a tone of mock-ups — genuine shots of the collaboration product have been released, displaying what is essentially a “Triple Black” colorway.

La Flame is changing up the color blocking we’re used to seeing, so fans of the artist and his collaboration footwear may be in for a little surprise. And unlike earlier iterations of the Travis Scott x Air Jordan 1 Low (except for its collaboration with fragment), this duo chooses a color scheme that is nearly completely composed of black. The upper, which is mostly made of nubuck paneling, is dressed with neutral throughout the construction, and the stitching, Cactus Jack emblems, and Wings embroidery are then accentuated in the much brighter “Phantom.”

The adidas Ozweego Pure Gets A Sleek Transparent Update