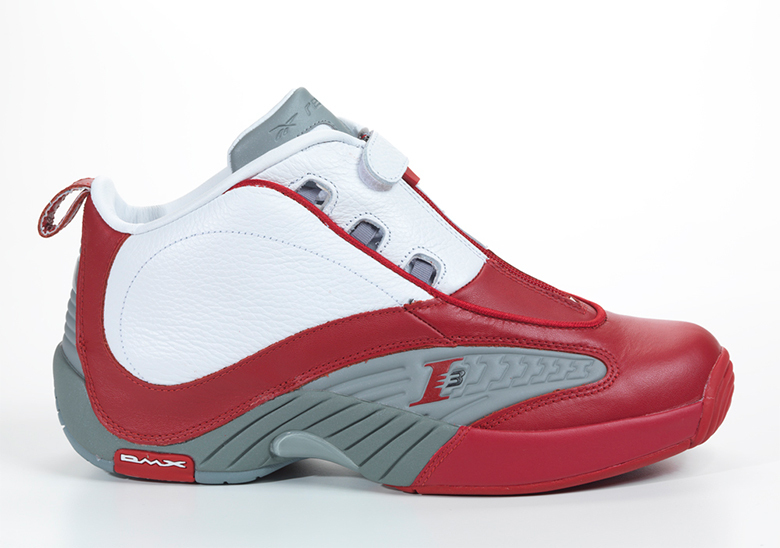 While the most popular sneaker associated with Hall of Famer and NBA style icon Allen Iverson is the Reebok Question, unquestionably, the Answer IV might be more significant to the history of the former MVP. First hitting the market in 2000, this zippered sneaker coincided with AI’s most successful season in the NBA as he brought the Most Valuable Player hardware back to Philly while leading the underdog team to the NBA Finals to face the heavily favored Los Angeles Lakers led by the gargantuan Shaq and legend-in-the-making in Kobe Bryant.

Entirely due to Iverson’s global popularity, the Answer IV was one of the season’s most coveted basketball sneakers. The IV is tied to perhaps the most savage in-game moment in the game’s history – the infamous “step over” Tyronn Lue who, despite his best efforts, could not guard against Iverson’s smooth fadeaway jumper. According to the retailer DTLR is returning on March 12th, the white/red/grey pair pictured here, is not the colorway worn during that snippet of history, but it being an original should certainly garner interest.

Being nearly three years since the Answer IV is off the market, it’s likely that Reebok has some plans beyond the retro issues. Would it be possible to see collaborations with BBC or Eric Emanuel, like we saw with the Answer V? Till then get ready for a March 12th release.