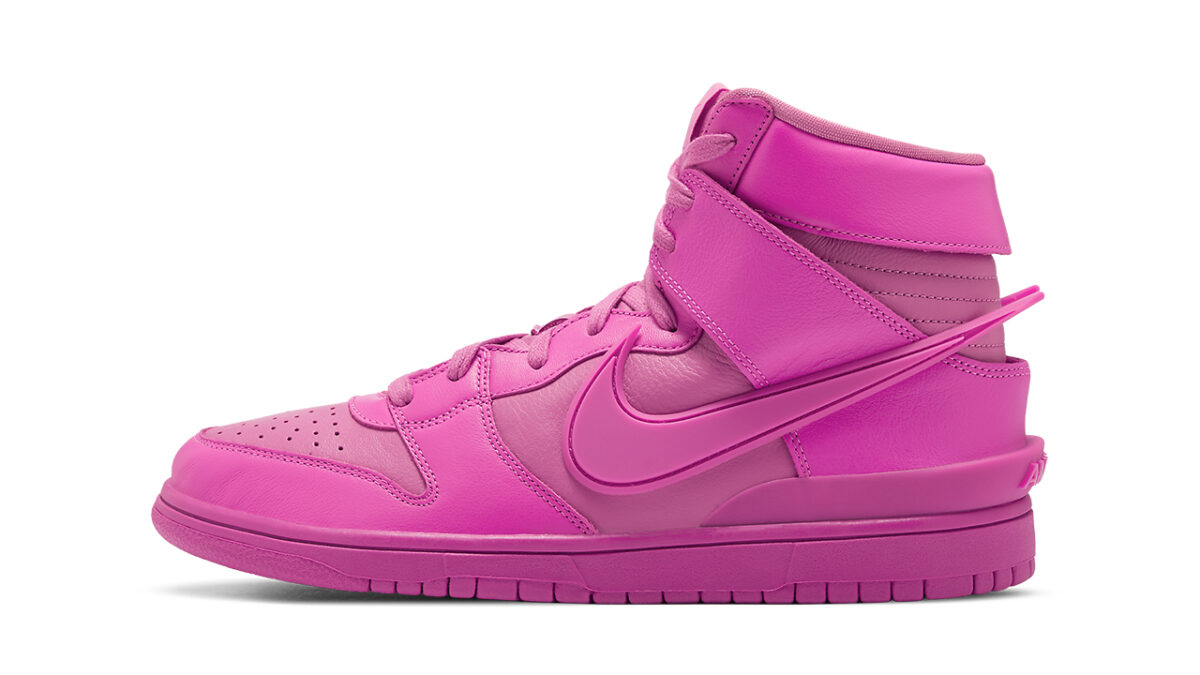 Nike and Yoon Ahn are set to push out another collaborative footwear project, after dropping a run of Lakers and Nets-themed apparel alongside a “Black/White” Dunk High last month. On deck for the two imprints is the AMBUSH x Nike Dunk High “Cosmic Fuchsia” which has been revealed through official imagery.

Structurally, this rendition is deprived of any changes from its predecessor as it still features leather base layers, elongated height, added AMBUSH-branded lower heel counters, and lipped out Swooshes that are symbolic of Japanese motorcycle exhaust pipes. The main difference lies in the utilization of a monochromatic motif, as its titular hue floods the shoes entirely head-to-toe from an exterior standpoint. There is a slightly noticeable contrast, in shadings between the overlays and the base, when viewed from an up-close perspective.

A burst of more loud accents is present across the footbeds, on the inside of the shoes which are outfitted with a bright neon backdrop and bold “AMBUSH” lettering printed on top.

If you’re interested in picking these up, note it will be releasing on January 14 via Nike SNKRS and select retailers for $180 USD.

adidas Celebrates the History of Jacquard With ZX 5000 "Vieux Lyon"