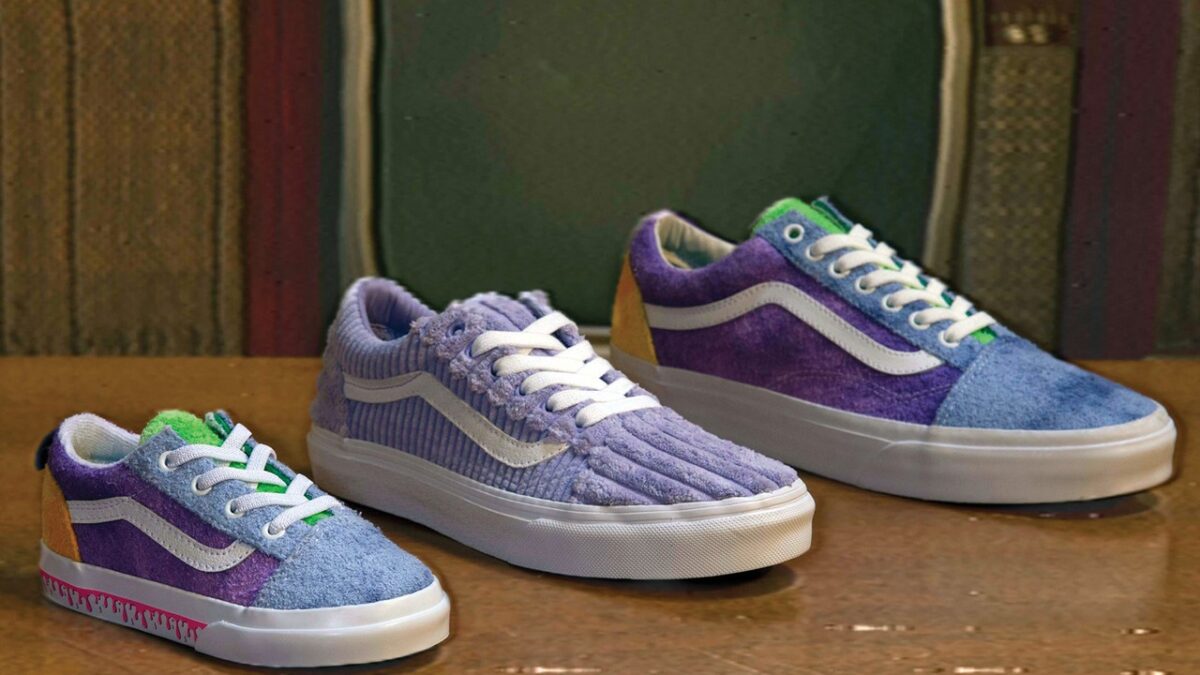 Anderson .Paak and Vans announce their upcoming project with two new versions of the Old skool and a bunch of apparel and accessories. Influenced by .Paak’s children Soul and Shine, the shoes are colorful, amusing and filled with energy. A perfect follow up to the artist’s earlier collaboration with Vans from October.

First of the two is “Ziti”, arriving in blue, purple, green and yellow uppers. Jazz stripes, midsoles, laces and eyestays present themselves in a contrasting white adding a bit of extra flair through the dripping pink. Next is the “Soulito” which is completely opposite of its sibling and arrives in a fully light purple corduroy upper. Being monochromatic, attention to detail is visible via contrast in the quarters and heels. Matching its counterpart this pair too arrives with white Jazz Stripes, laces and midsoles. Both pairs are rounded off with “Yes Lawd” hit on the inner heel.

Moving on to the apparel section, a durable chore coat with reversible detailing tops the list with purple plaid pattern on one side and solid purple canvas on the other side. Bucket hats are also included in purple plain or shaggy green terry cloth. Completing the list is a purple corduroy backpack.

The entire collection will release via the Vans webstore on the 11th of December. The shoes will be available in men’s, kids and toddler sizing. Retail prices yet to be announced.