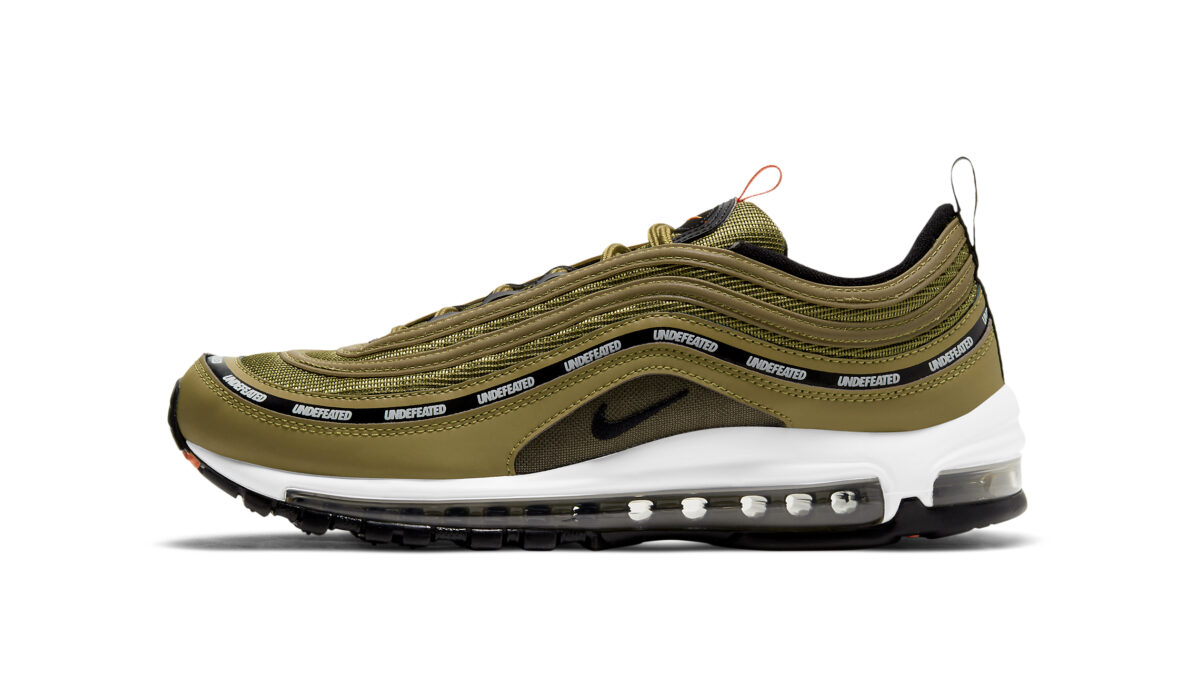 UNDEFEATED partnered up with Nike, earlier this fall to commemorate the legacy of the Black Mamba with a special Kobe 5 Protro “What If” Pack, and now it’s being tapped by the Swoosh to reload another batch of releases involving the beloved Air Max 97. Whispers of the forthcoming partnership started floating in the air during Spring 2020, but now that official imagery has emerged, consumers can likely expect a launch to occur in the near future.

The first of the two renditions portrays the ever-popular “flight jacket” theme championed by the five strike brand’s Air Jordan 4 collaboration, which is a re-release of the version that dropped exclusively at the 2017 ComplexCon. Leather and synthetic textile uppers are primarily draped in a “Militia Green” hue, and black accents backdrop liners lateral/medial Swooshes, throat overlays, and the UNDEFEATED-branded overlay that rests above the mudguard. Additionally, the tongue tabs, footbed Swooshes, and the outsole’s trim have splashes of “Orange Blaze”.

Sibling effectively pairs also releases together in tones that are both neutral and neon. Up top, pitch-black skins swaddle the mudguards, tongues, heightened lateral/medial walls, and the sock liners, all while being complemented by “Volt” branding, a “Militia Green” overlay, and silver Swooshes. Riding down under, sandwiched between a white midsole piece and a two-toned black and volt outsole is a full-length Air Max cushioning unit.

The official launch date has yet to be announced by Nike, but it’s likely that these iterations — along with a rumored third colorway — will drop via SNKRS and through select retailers soon.

Adidas drops the Dame 6 in a “Signal Pink” colorway