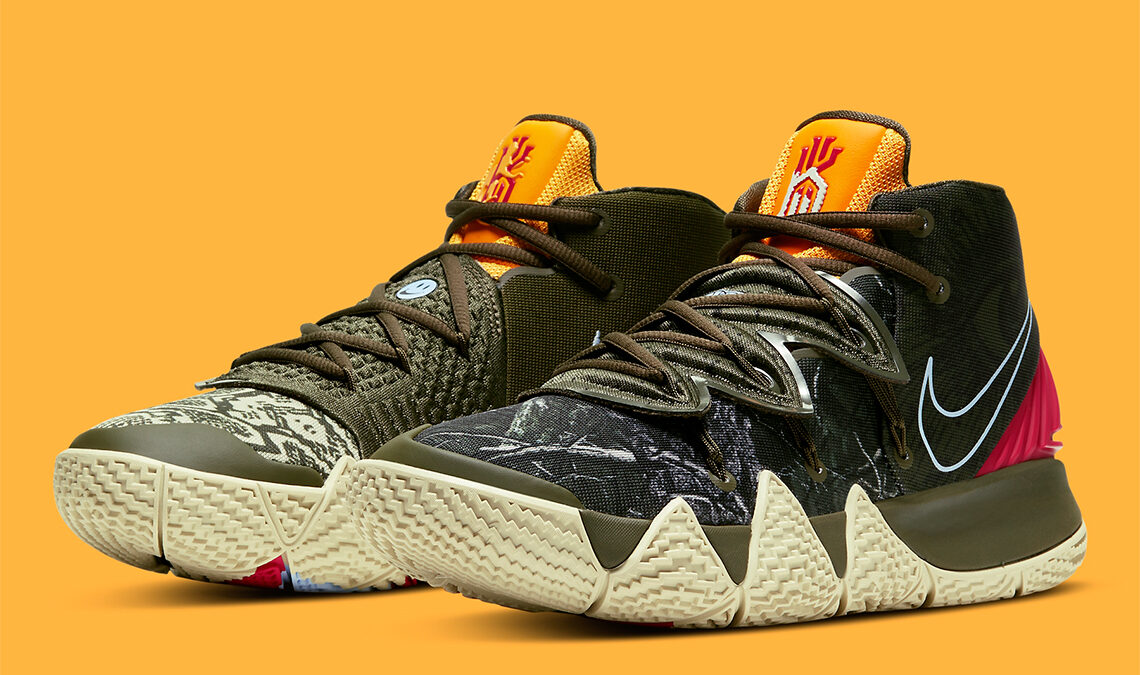 Since we have almost entered into the Fall season, it’s just about that time when Kyrie Irving will soon launch his seventh classic sneaker with the Swoosh, but at the same time, the professional NBA athlete is motivated about giving his fans with more picks of his current kicks. And of all of his models, the one currently in the limelight is the brand new Nike Kybrid S2. After already releasing in a trio of “What The” iterations, the performance-ready silhouette is readying yet another kick to join its ranks.

In parts of its collection of previous kicks, this particular variant calls out the woodland designs from the Kyrie 5 Taco PE, the smiley face logo form the Kyrie 5 “Have a Nike Day”, the Kyrie 4 “Year of the Monkey” logos, the historical side camo designs from the Asia Irving hues, the script text on the medial Swooshes form the Kyrie 4 “Confetti”, the all-over eye motifs from the Kyrie 6 Pre-Heat capsule which are placed on the sock liners, and more. In terms of its complexion from looks, the kick arrives in a Fall-friendly story that allies olive green uppers, vibrant yellow tongues, and reddish-pink heel pieces. You can find a better look here below, and look for them to drop within the coming months on Nike.com for $140 USD.

Nike is Brewing Up a Striking Dunk Low “Cider” Colorway