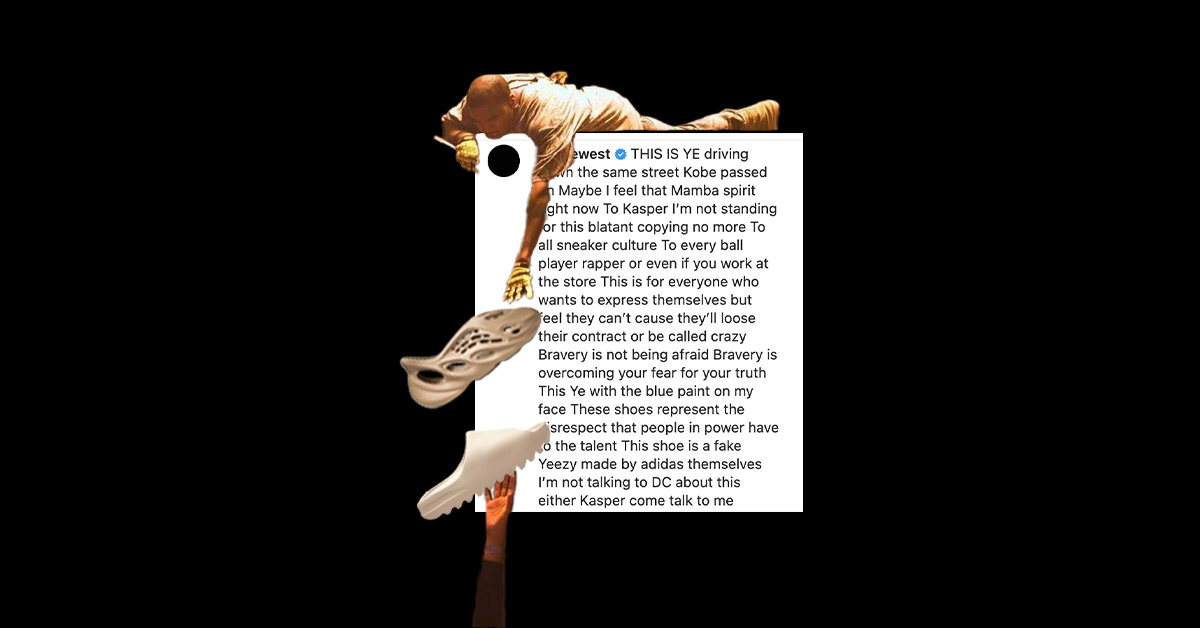 Kanye West is known to make his opinions and thoughts public through social media; and in yet another one of these episodes, he has accused Adidas of plagiarising Yeezy products. This was in response to the revelation of the all-new Adidas slides with an uncanny resemblance to the Yeezy style of products.

The Yeezy brand has been a game-changer for Adidas in urban fashion and streetwear as it has become a benchmark of the direction in which modern fashion is headed. With its unique and unorthodox choices of silhouettes and materials, the brand is a testament to Ye’s contribution to fashion. Kanye West stepped in Adidas at a time it was struggling to find relevance in the youth, but his influence revolutionized athleisure. Unlike Nike trying to push the old clunky leather basketball shoes, Kanye worked with the latest Adidas technologies such as boost and primeknit to make the new line of Yeezy 350 and 700.

It is important to understand the way fashion has been influenced by his work and his style is no more his own, rather a general direction of fashion; before we understand Ye’s perspective. While his contribution to Adidas is un deniable, it is important to remember the role Adidas has played in shaping the Yeezy line of products. Without the use of technologies such as boost and primeknit, the Yeezy line wouldn’t have been what it is. In a recent tweet following the release of the Adidas Adilette 22 slides, he said

The tweet led to a large array of reactions from his fans and critics. Some believe that Adidas is trying its best-capitalizee on the current trend of Yeezy style without giving Ye any credit, while others say that this is a general direction of fashion and Ye needs to acknowledge the influence rather than being salty about it. While this entire episode should have ended earlier this week then Adidas revealed the Adifoam Q.

People were noticeably skeptical of Ye’s Adilettte accusations but this time he didn’t need to say anything because the products themselves make everything obvious. The similarity between Adidas Adifoam Q and Yeezy Foam runner is undeniable. Adidas didn’t take long to make it clear, that the this new shoe was in fact inspired by their own product.

Kanye’s tweets show that he clearly isn’t very happy about these products and his fans agree; but its only natural that his style will gain popularity. It’s not like Yeezys were the first pair of slides to ever exist; the foam runners weren’t the first foam based shoes; crocs have existed for decades.

What do you think?

Birkinstock reveals the all new #B O L D collection

All about the New Balance 550 “White Multi-Color” release