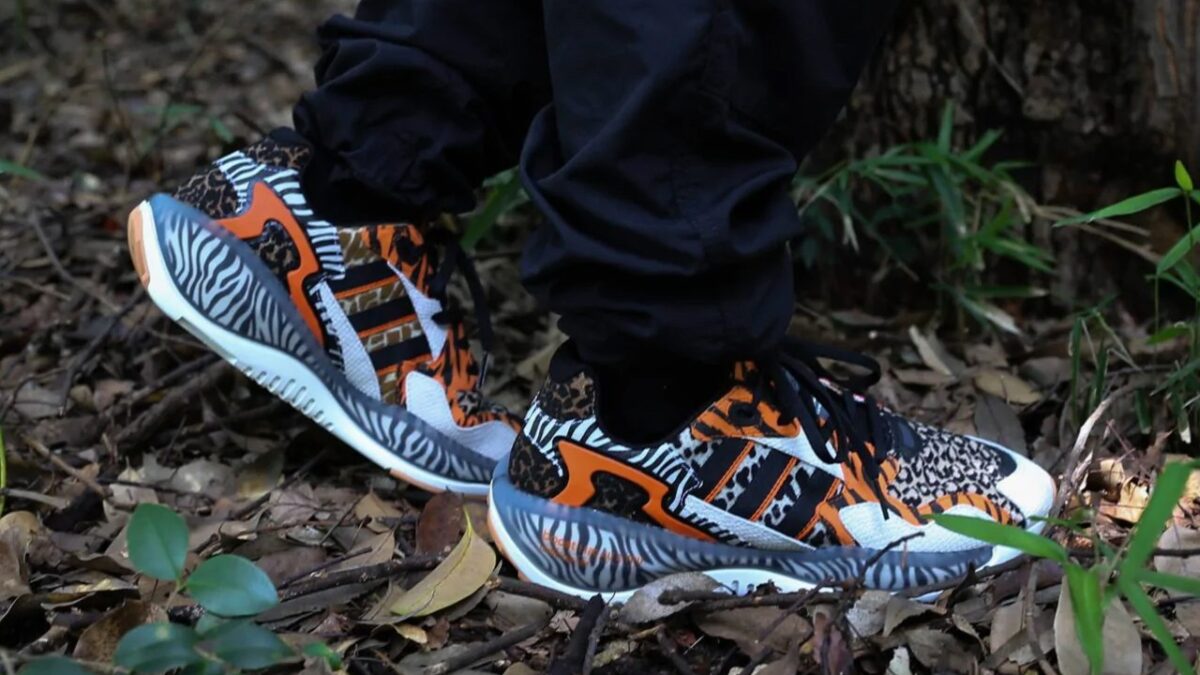 Atmos and Adidas have joined forces to create the “Crazy Animal” colorway for the ZX Alkyne.

Adidas has teamed up with  Japanese retailer, Atmos to create the animal printed “Crazy Animal” colorway for the ZX Alkyne silhouette. The ZX Alkyne is known for its signature style of overlays, which have now been decorated with animal prints on the upper which include dressed in cow, leopard, cheetah and giraffe patterns, all of which are brought together by vivid tiger details on and around the eyestays. It also features basketball-style midsole features a semi-translucent smoky grey shell that encases a full-foot BOOST cushioning setup. It is sccheduled to be launched on July 25. The MSRP is set at ¥16,000 JPY.