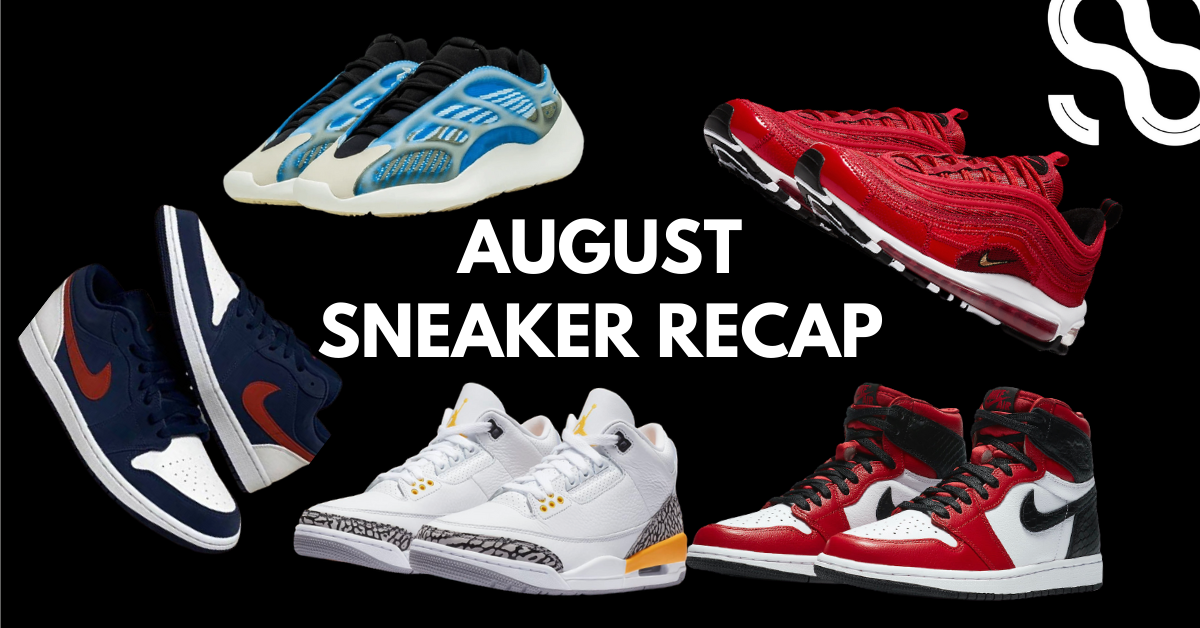 August threw some really crazy kicks at us, all jam-packed in the month’s last week. 22nd of August till 29th of August might just have been the craziest sneaker week of the entire year.

Starting off, we had one of the most creative iteration of the Yeezy 350 v2’s drop. The Adidas Yeezy Boost 350 V2 Israfil were an absolute hit amongst the Yeezy fans. These kicks might just be the perfect example of Kanye at his best.

After 5 time NBA Champion, Kobe Bryant‘s shocking demise in January, Nike had to put a hault on the legend’s signature Nike Kobe line. But the month of August saw some absolutely stunning Kobe performance sneakers returning back. The Nike Kobe 5 Protro 5x Champ were made to pay homage to the 5 NBA championships that Kobe won with the LA Lakers. The shoe feautres the signature purple color from the team’s kit.

Nike has dropped phenomenal Dunks this year, yet again we saw an amazing collaboration, this time with Medicom Toy. The Medicom Toy x Nike SB Dunk Low “BE@RBRICK” is composed of black pony hairy uppers with sail-colored hairy heel tabs. The simple color layout is detailed with a white signature BE@RBRICK logo across the heel, special BE@RBRICK-branded graphic insoles, followed by a white midsole and grey outsole to top off its design.

Next up, we had to fashion giants collaborate, Fear of God and Converse are both top-notch fashion brands in their own specialities collaborated yet again, to produce the Fear Of God ESSENTIALS X Converse Skidgrip. marks the return of the classic Converse model, 110 years after its introduction. This vibrant hue was the perfect way to kickstart the alliance.

Up next was a long awaited collaboration between Asics, atmos and Sean Wotherspoon. The Sean Wotherspoon x atmos x ASICS GEL-Lyte III OG released in India through online raffle via VegNonVeg and SuperKicks on 14th of August. The colorful corduroy scheme shoe currently goes for $400-$700 and a second drop might drop the resale prices on these bad boys.

The Union X Nike collab was also taken to the next level with the second Union X Air Jordan 4 dropping on the SNKRS app. This time in the Union X Air Jordan 4 Guava Ice. Done in the exact same way as the first pair, the sneaker also dons a mesh and nubuck build up and also comes with accents such as translucent wings, a heel tab with Nike Air motifs, and “AIR JORDAN” branding on the outer tongue which is typically seen on the inner tongue sump up the highlights.

Kanye fans have not always loved the 700 v3, with majority of buyers snitching about the on foot look and not so comfortable inners, this sneaker hasn’t unleashed it’s true potential yet. Adidas Yeezy 700 V3 Arzareth is undoubtedly one of the most loved 700 v3.

On to one of the most long-awaited sneaker of 2020, we finally received a SNKRS drop for the Civilist X Nike SB Dunk Low. The collaborative silhouette is defined by its heat-activated uppers which reveal a vibrant thermal imaging pattern when exposed to heat or sunlight. In its original state, the uppers are draped in black. Finishing details consist of Civilist’s branded label on the lateral side, black laces (along with a handful of extra laces), followed by graphic insoles, a white midsole and black rubber outsole.

The month of August also saw these limelight worthy kicks drop as well.

With this the month of August came to an end, stay tuned to have a look at what the fall season was about to throw at us.

This Nike Air Max 95 is made for cuban links