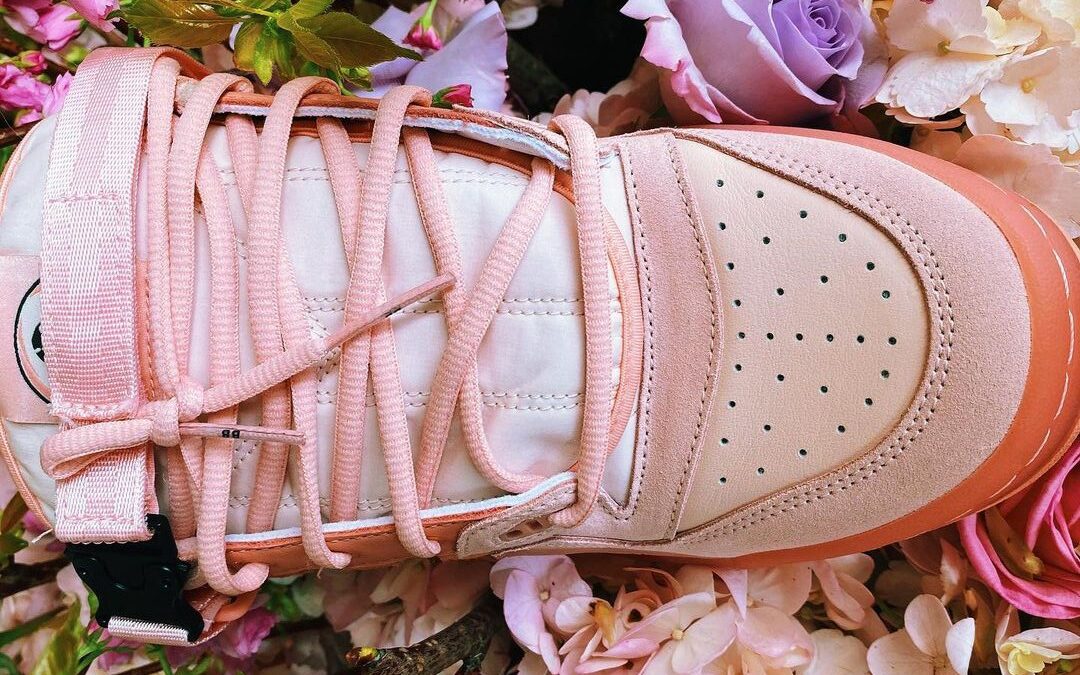 After selling his previous collaboration, the adidas Forum Low Buckle “The First Cafe” at the blink of an eye, reggaetón superstar Bad Bunny has started teasing his second Forum Low Buckle collaboration with the almighty adidas. Leaning more towards the lively tones such as pink rather than the dark coffee shade seen on the previous, the sneaker portrays his fun-loving personality. Going by the Instagram post, the sneaker colorway may most likely be floral inspired.

A buffet of pink ranging all the way from light pastels to richer and more vivid hues can be spotted on the shoe. All the tones are scattered in various parts of the leather and suede alongside Bunny’s “El Ojo” monogram on the tongue and a forefoot bumper. All of which rests on an icy popsicle pink and peach sole.

Bad Bunny has previously teased both white and black colorways of the Forum collaboration, the latter of which was spotted during his appearance at WWE events. Standing tall as the 24/7 champion and his next match with The Miz at WrestleMania 2021 could be the potential release date of the shoe. With an expected retail price of $160 USD, a release date and MSRP are yet to be confirmed.