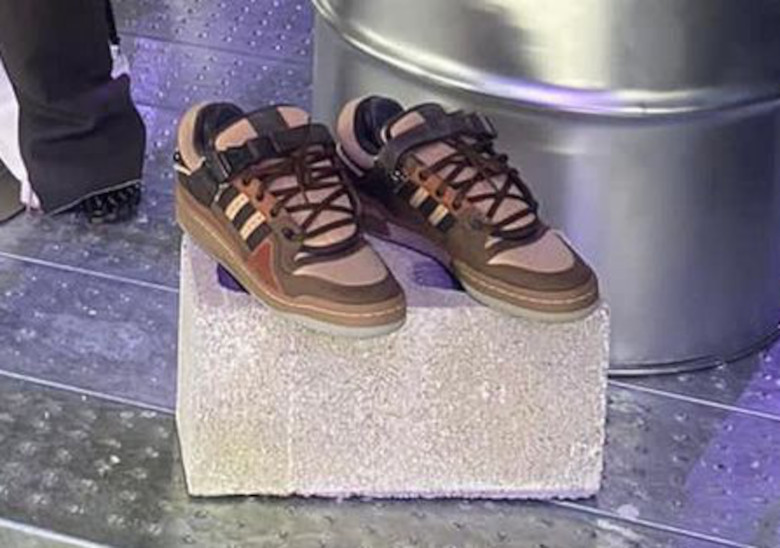 On December 10th, Bad Bunny held his first concert in over two years. Titled “P FKN R,” the show was conducted in @sanbenito’s native Puerto Rico. To celebrate the occasion, Ocasio and his team arranged a “museum” describing the artist’s professional career.

Alongside recreated music video sets and outfits that went viral on social media, Bad Bunny presented an unreleased colorway of his highly anticipated adidas Forum collaboration. The sneaker features a similar coffee-inspired brown color palette just like the pair that debuted the Puerto Rican reggaetonero’s partnership with adidas. Though the fan-taken images don’t give the highest quality of the shoes, the pair seems to come in a Reddish-brown and pinkish tone which might be an early sample of the partnership’s first pair. And yet again Bad Bunny has proved us that fashion knows no boundaries.

Grab a look at the pair below.