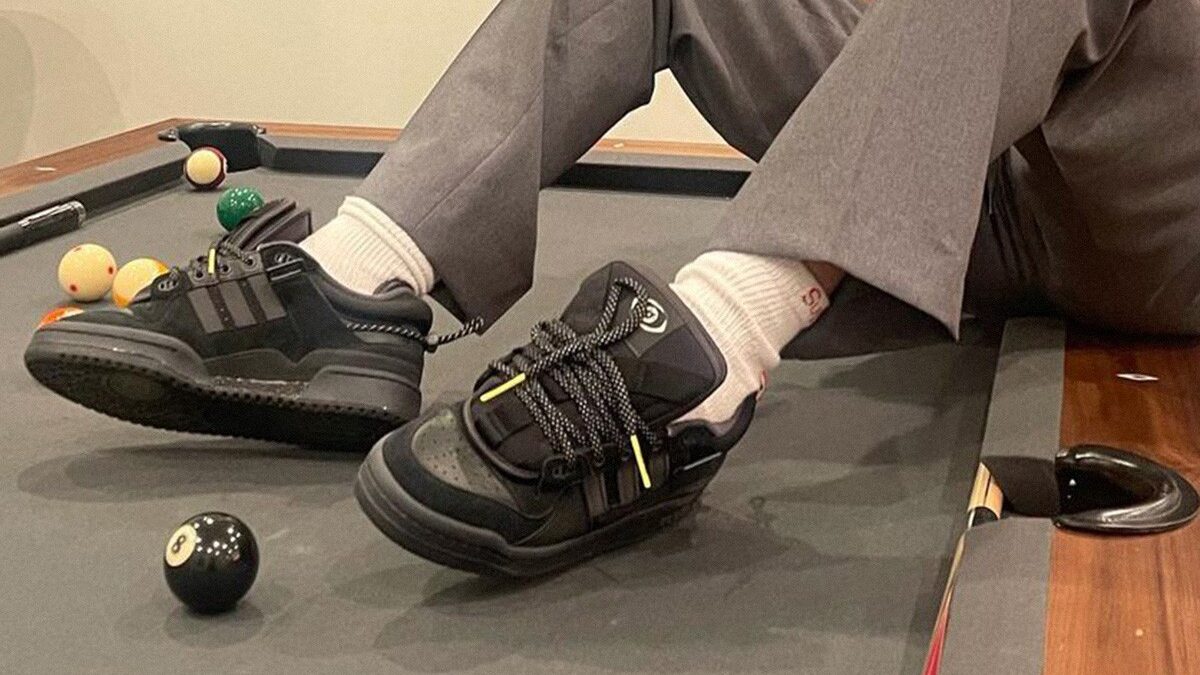 Bad Bunny is teaming up with adidas yet again for their third Forum Low collaboration of 2021: a black colorway which is still to be named. To follow up the recent playful pink “Easter Egg” style and the debut “The First Café” pair released in April and March respectively , this black colorway choses a more simple look with all the details Benito’s loyal fans expect from his adidas Originals collaborations.

Janthony Oliveras , the reggaeton superstar who happens to be Bunny’s creative consultant and childhood friend teased us with a first look at the style during a WWE Raw event in March, this black colorway boasts a monochromatic upper emulsifying leather and suede across its puffy build. Doubled-up tongues come with Bunny’s signature eye graphic return, which is not completely sure because Oliveras removed the straps from his pair and a signature “Yo Visto Asi” hit will likely reappear. The flecked laces add pops of flair with volt green aglets, and  the black midsoles give the finishing to the look.

No announcements regarding the release date have been made yet but are expected in the coming weeks, and studying from the previous collaborations , assumptions can be made that this pair will retail at $160 USD.